Home / ford / mustang / Back in the Saddle 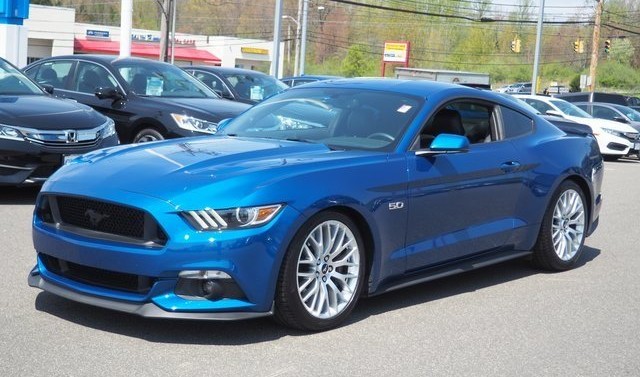 Now that my commute has been reduced from 65 miles in each way to a mere 8 miles I had options while considering a replacement for my GTI. I started my new job in February and commissioned my Discovery and Subaru Impreza into daily driver duty to buy me some time.  My goal was to purchase a replacement daily driver in June since that would give me some time to save some money plus neither the Disco nor Subie have working AC.  I considered a new (or slightly used)  WRX or STI and those seemed like great options for my needs. All-wheel drive, 4 doors, usable back seats, turbo charged, and available in a manual all fit the bill. However, I always joked with my wife that if I ever had a short commute again I was going back into a Mustang.

My new commute meant this was a possibility. Only issue was I thought the new Mustangs with the packages I wanted were a little pricey, so I started doing some searching for a used pony. I liked the later S197 (2005-2014) Mustangs but I loved the styling of the 2015-2017 S550 cars. The 2018’s were out and honestly the I’m not a huge fan of the sleeker nose treatment but I would gladly take a used 2018 if I could find one configured the way I wanted. Regarding options, all I really wanted was a Mustang GT with the  Performance Package meaning it came equipped with the larger Brembo brakes, special wheels, and suspension/chassis mods. Color wise, my first preference was Lightning Blue, followed by some of the other shades (Kona, Deep Impact, Grabber) of blue and then Magnetic gray.

Even though my plan was to buy a car around June and it was only April I started ‘shopping.’ Used Mustangs were hard to come by around me. I ended up doing most of my searching online but did come across a white 2017 locally. It was white (strike 1), and did not have the Performance Package (strike 2) but it was a Mustang GT Premium so it had the leather interior and other bits associated with a premium. The Premium was really nice with the large Nav screen and the toggle switches for the driving modes.  After test driving it I refined my search to a Lighting Blue Mustang GT Premium with the Performance Package with a manual transmission.

After some searching online a came across exactly that, a 2017 located at a dealer in California. I contacted the dealer and asked about shipping to the East Coast. The salesman said it was no big deal so I asked him for a quote to ship the vehicle across the country. He said he would get back to me with the numbers. However, in the time he was researching the shipping the car was bought by someone else.

Then I came across a 2018 in Wichita, Kansas. It was not a Premium but it was the latest and greatest body style. I tried to negotiate with the dealer and we couldn’t come to an agreement on a number, and I wasn’t willing to cave since it wasn’t a Premium to begin with.

After these two experiences I decided to wait till June like I originally had planned, hoping I’d have enough saved up so I could also purchase a car privately since that would expand my selection and the prices privately were much better than dealers.

Then, one Saturday evening driving around town we passed a local Honda dealership and guess what was sitting on the lot? A Lightning Blue Mustang! I was certain once we pulled it I would find it wasn’t a GT, or a Premium, or a Performance Pack, or a manual. However, it ticked all the boxes. It also had an aftermarket exhaust and springs. It also had the silver Performance Pack wheels rather than the black which I’ve noticed on some of the cars online and really liked. The dealer was closed and closed the next day (Sunday). I scheduled a test drive online that night so the plan was to go check it out on Sunday.

Sunday came and I went to see that car that afternoon. I took it for a short test drive and the deal was done. 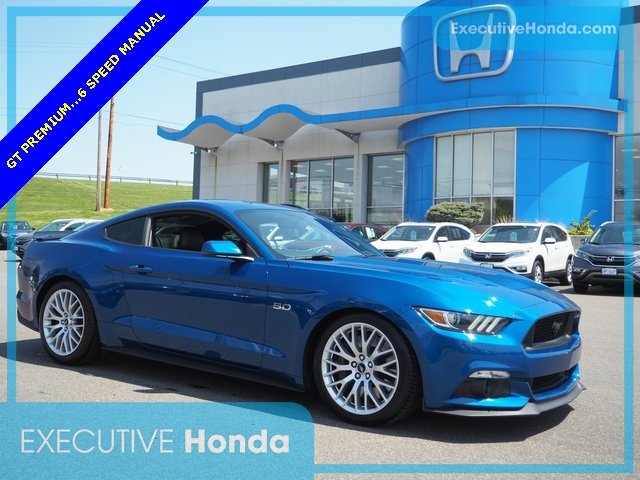 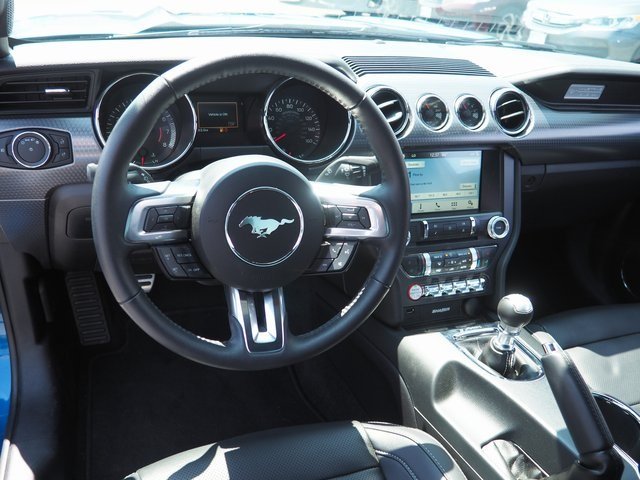 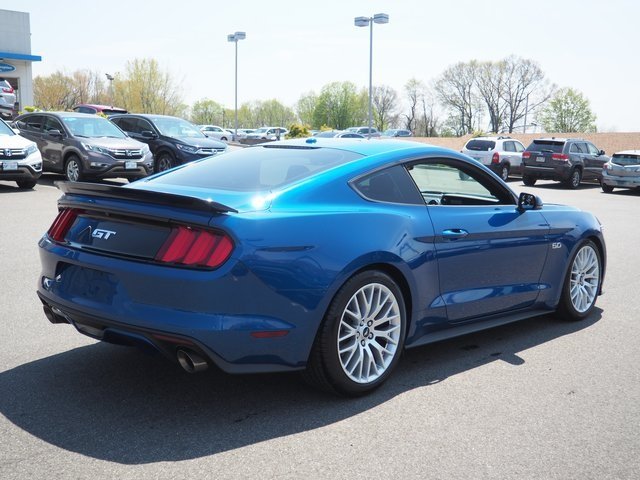 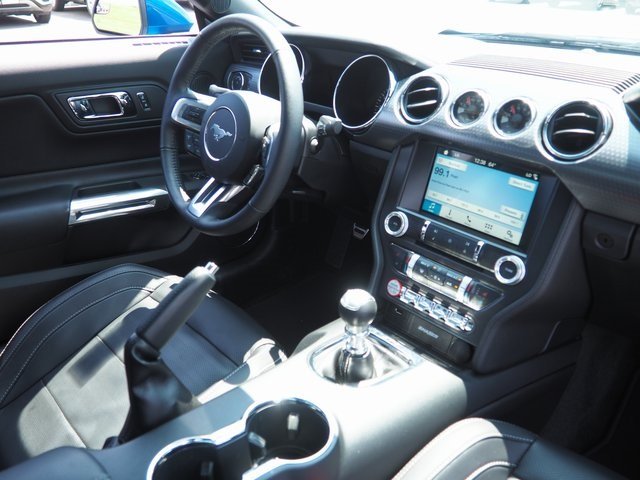 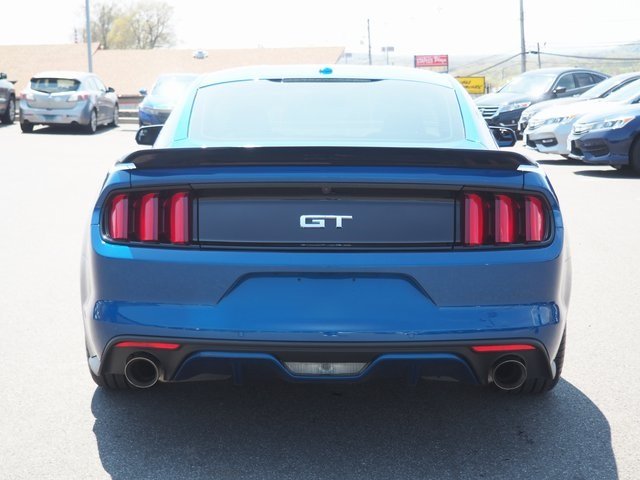 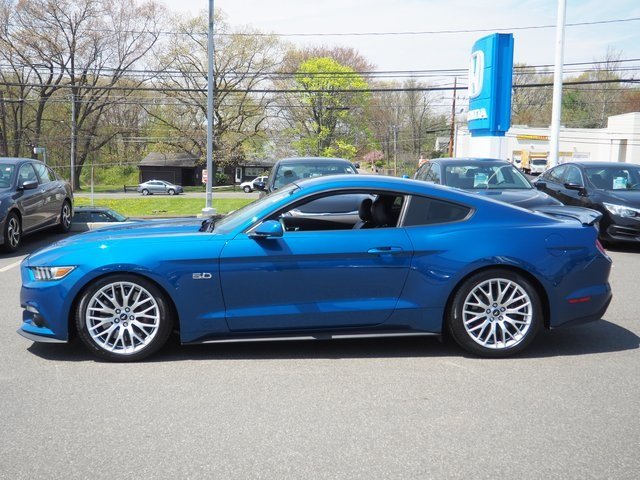 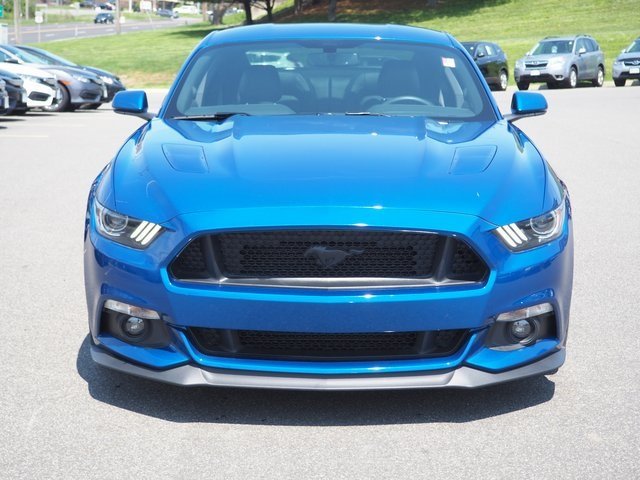 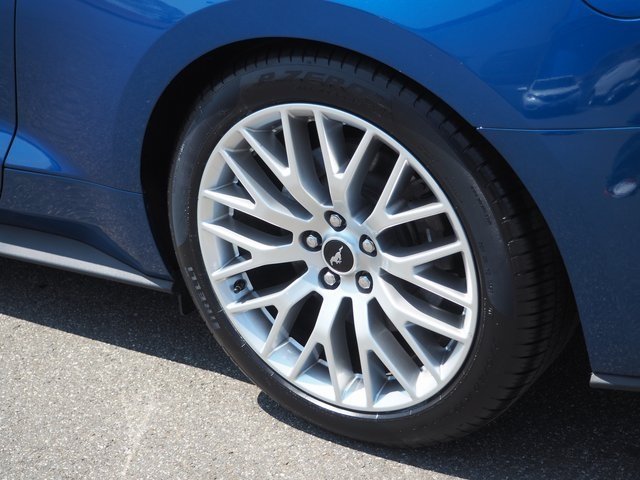