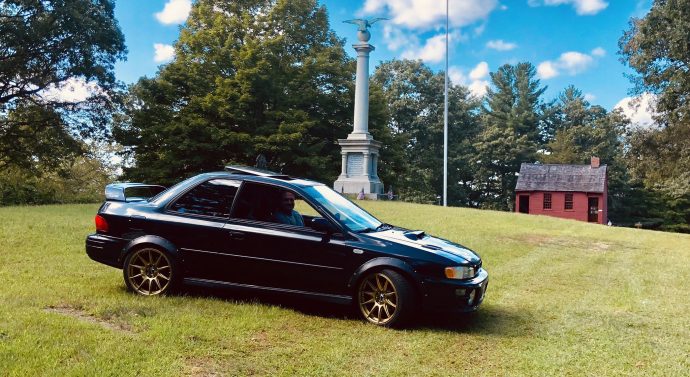 My brother and I still talk about the can you buy Lurasidone over the counter. Its crazy to think that the event called “Hurdle 2000” was over 19 years ago. Now that we own 1999 Imprezas again and my brother has basically spent the summer sorting out his black coupe I decided to check for local Road Rally events to trigger some nostalgia. Much to my amazement, the Hurdle Rally is still a thing and just as amazing it is based out of the next town over. The only significant change was with the format of the Hurdle Rally which has changed from a Time-Speed-Distance rally to a Game-Tour-Adventure event where the focus is visiting all the locations while ultimately traveling the shortest distance possible. So I went ahead and registered us and told my bother to get the car ready for a full day of driving.

We arrived the morning of the event around 7:30 AM and checked in and were issued car #13. We were then sent on a 10 mile loop used by the event scorers to calibrate our odometer. Once that was complete were were given a set of 19 questions and a map of Connecticut. We spent roughly the next hour determining the location reference in each question and then plotting them on the map. We then traced out the route we thought would be the shortest while visiting each location.

The event had us traveling into the southeastern corner of Connecticut. We plotted a loop to hit all the destinations and decided to traverse it in a clockwise fashion……we had no clue what everyone else decided to do. Once we hit the road were were fairly confident we had plotted a competitive course and also felt we actually knew where we were going for each clue. It was a beautiful sunny day and the scenery was spectacular.

After the first few stops our confidence was pretty high that we would be able to complete the event without messing something up. We joked that the biggest challenge would be if the Impreza with over 230k on the clock would finish the day hassle free. In fact, we were driving the oldest car in the event by a significant margin.

We ended up being the first team to finish the rally. We arrived at the final check point before it was even open (around 4:00 PM). We completed the circuit in roughly 185 miles. The distance, couple by the fact we answered everything correctly and did not accrue any other penalties netted us a score of 185.66. It was enough to place 4th overall and earn a trophy.