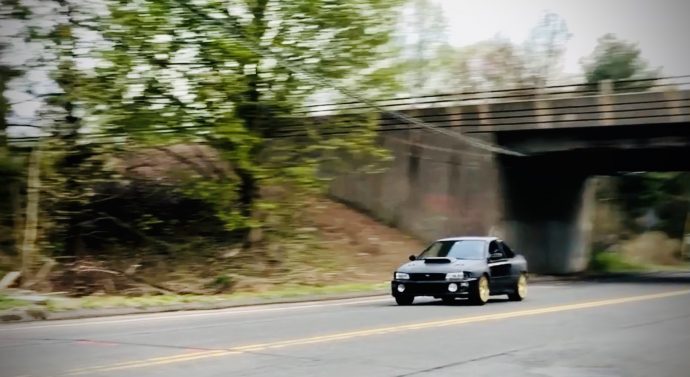 While I’ve been busy with the Monte Carlo, my Subaru, Cougar and Fox Body Mustang my brother decided he wanted to do something with his Subaru. Ever since owning his original Impreza back in 1999 he has wanted to install a turbo on one. And while he intends to do a turbo swap on his current car he decided to try to supercharge the car while quarantining.

This episode started with him buying a used Easton supercharger off of Facebook Marketplace which was originally for a Mercedes. My first impression was he just bought an interesting looking paperweight, but he insisted he was going to get it to work. Worst case, the engine failed miserably and he could start working on the turbo swap.

He first fabricated a bracket to get the supercharger mounted and aligned to the pulleys. We thought that this would be the hard part of the install, but he actually figured it out relatively quickly. The complexity really came once he actually got the blower mounted and spinning. He just relied on Marketplace, Amazon and eBay to source whatever he could to get the rest of the system done.

He installed a higher flow fuel pump, fuel pressure regulator, fuel rails and injectors to try to prevent the engine from running lean under boost. He bought a used WRX intercooler and BOV locally and fabbed up the tubing for the intake. Another local buy was a header so he could weld in a bung for a air/fuel ratio gauge. A used Apexi Super AFC was added to be able to tune the setup. This doesn’t mention all the moving and rerouting of things like the evap controls or the ABS pump to make space for the new blower and associated parts.

While scouring the web for used local parts he came managed to also buy and add a widebody kit, a beat carbon fiber hood and a set a LEDA coil overs. With all the cosmetic components mocked up we were excited to get answers to our questions. Will the car actually run? Will there be any sort of performance gain with the little bit of boost the unit was set to make. Would the whole thing fail miserably?

There were several attempts to start the car which resulted in a few injector swaps and other adjustments. So by time the suspension was installed he had a car that would basically idle in the driveway. On its maiden voyage on the street the car actually performed better than expected. It sounded great. The electronically controlled supercharger clutch activated by the vacuum switch worked perfectly. The BOV seemed to do its job and the performance improvement under boost was real.

Now the plan is to finish up the body work by mounting the body kit properly, recondition the hood and dial in the tune.