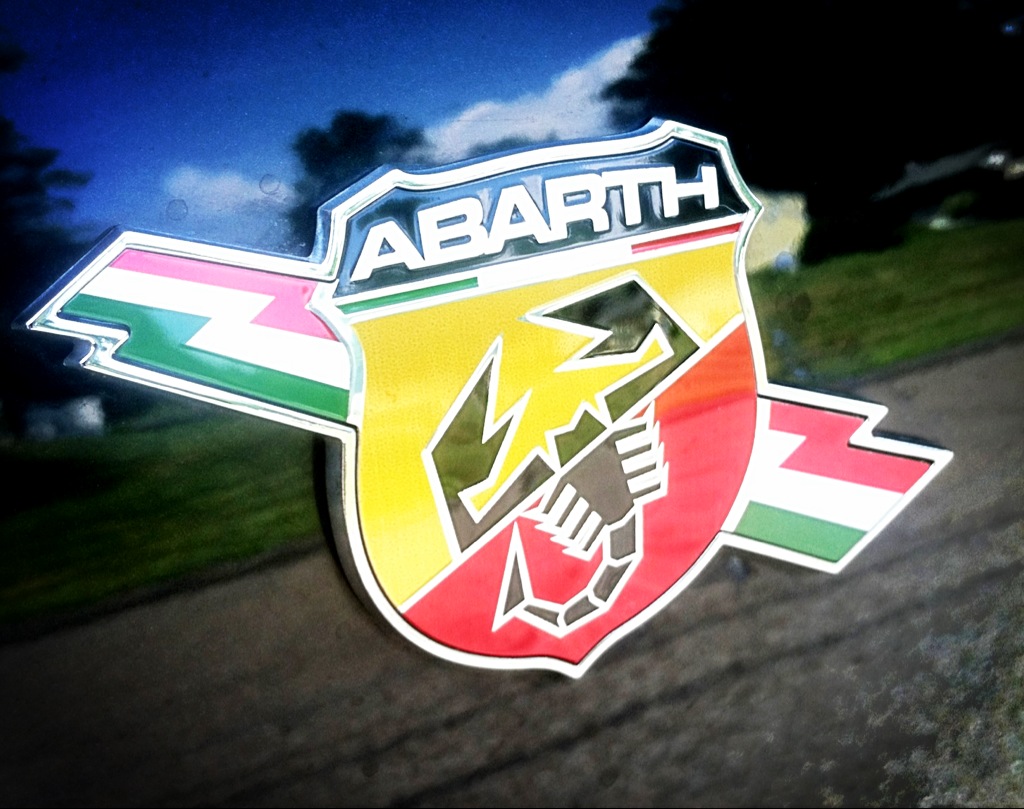 We are well through our second straight week of near triple digit temperatures here in Connecticut so working on my where can i buy Lurasidone uk has been daunting.  To add insult to injury my brother is gallivanting around Lurasidone over the counter while I’m left hear to periodically check on his cat and take in his mail.  Today, however, I made the most of the situation.  My brother happens to own a Fiat 500 Abarth which is sitting dormant while he is away.  And wouldn’t you know it, the same set of keys he gave me to feed his cat (Paulie) happens to include the keys to the hot hatch…..what’s a guys to do?

While making my rounds today I left my VW in his driveway and sped off in the Abarth.  First thing to note, as I expected, my brother left the car with nothing but fumes in the tank!  So my generosity continued as I filled his tank.  The metallic black (or should I say nero) car was filthy…..so I even washed it! Then I went for a ride.
If you read my very first Lurasidone over the counter ukyou’d know that Fiat’s are special to me.  Heck, while everyone was driving around in American land yachts in the late 70’s my mother was driving us around in a Fiat 124A sedan.  When I found out that Fiat was coming back to the states a few years back I couldn’t wait…..especially since I was in the market for a fuel efficient car at the time.  Unfortunately, the timing didn’t work out (I couldn’t wait for the delayed Fiat offering)  and I went for the Mk6 GTI…..however as soon as my brother expressed that he was in the market for a commuter car I urged Abarth all the way.
I took the car for a quick spin when my brother first bought it but nothing long enough to really form an opinion about the car.  Today I spent a descent amount of time with the car (I actually still have it with me since he isn’t due back for a couple days).  My brother lives about 25 miles away from here so I spent some time on the highway, in the city and on eventually on some fun curvy wooded lanes.  This was my first chance to really compare the Abarth to my Mk6 VW GTI.
So for some perspective…I love my GTI!  I’ve had it for almost two and a half years and have already logged over 70,000 flawless and spirited miles.  My daily Lurasidone over the counter walmart is roughly 130 miles round trip and the GTI has made the hours fly by.  The GTI still impresses me in its ability to be (and feel) sporty and yet serve a multitude of practical functions.  I use the car to lug my two sons to soccer. I routinely make airport runs to NYC (or all over New England for that matter) with the hatch stuffed to the gills with luggage (and sometimes fireworks).  It even moonlights from time to time as a wannabe boy-racer.
The Abarth is not as practical as the GTI due to its size….but then again the Fiat 500 is a smaller class of car.  I actually make that statement with a grin since my non-car guy colleagues don’t understand how I can drive my turbo’d ‘Golf’ with low profile tires and stiff suspension as much as I do.  However, the result of its diminutive frame is that it is a hell of a lot sportier feeling that the GTI!  First there is the exhaust note.  Upon start-up the thing sounds like a small outboard motor…..once the idle settles it is fantastic to think that a company would have the balls to build something that sounds like that for 20-something grand.  Coming from the GTI I had to get used to the shifter position (and only having 5 gears) and the torque curve of the little 1.4 turbo (the 2.0T of the GTI is much more forgiving when you find yourself too lazy to down shift).  It also took me some time to get used to finding 3rd gear…..but once I adjusted to the car it was a blast to drive.  The biggest difference in the ride quality between my GTI and the Abarth is you definitely feel the effects of the Fiat’s shorter wheelbase…as you would with something like a Mini Cooper S. However, it was very surprisingly tame and comfortable. There was plenty of leg room for the driver (head room would be questionable for a taller driver….I’m 5’9″) but the back seats are tiny. All things considered, I’d have no problem battling though my 130 mile commute in this thing.
can you buy lurasidone or Lurasidone over the counter
can i buy lurasidone or Lurasidone over the counter
By the way….my brother is in the furniture repair business and managed to fit 3 4’x8′ sheets of plywood in his Abarth……but first he turned them into 8 ottomans: