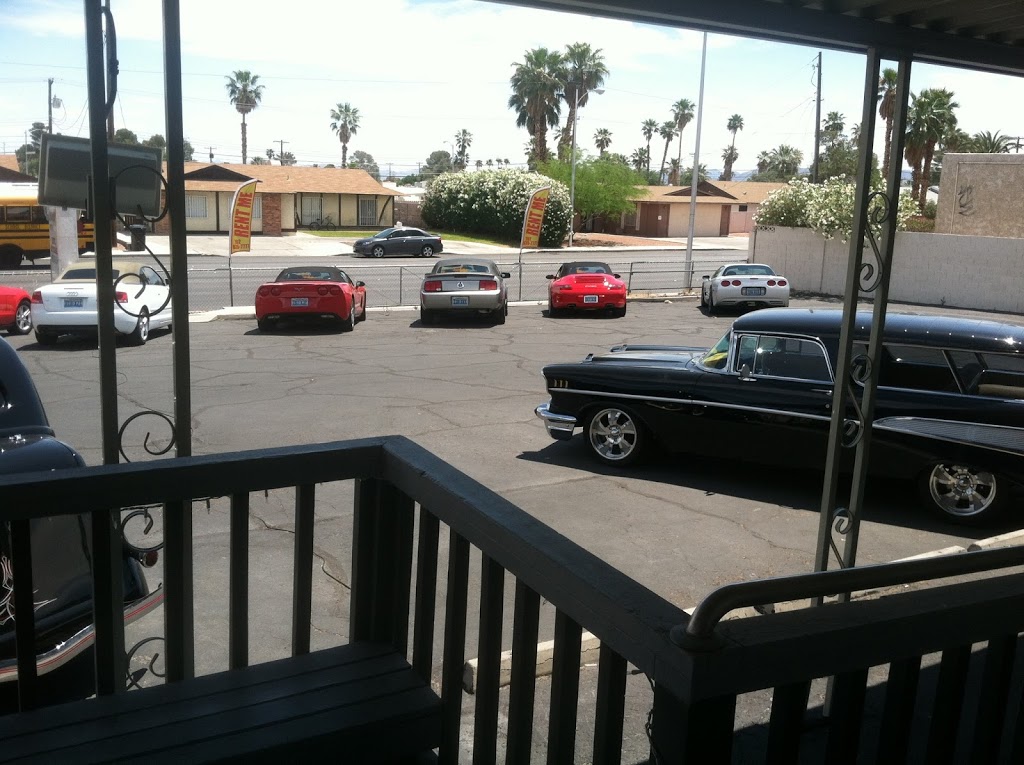 I haven’t been posting for a while.  I’ve basically been waiting for some descent weather to visit New England so I can start getting out and reporting on the local scene.  However, I just spent the last week in Las Vegas on a business trip.  During my trip I managed to spend a little bit of time enjoying myself…..turns out Vegas is a fairly car guy friendly place…..

I had some time to kill to so I checked out http://www.fantasycarrentals.com right by the airport.  Other companies offer exotic car rentals in Vegas (such as Hertz) but Fantasy Car Rentals has a great selection ranging from vintage American cars to modern European exotics.  They will also pick you up at the airport or hotel and drop you off afterwards.  Since I was on a budget and the weather was fantastic I ended up with a convertible Camaro SS.

First stop was Red Rock Canyon.  Its amazing that a place like Red Rock is within 30 minutes of the strip and yet the completely polar opposite of what the strip is.  Its a great drive out there and the 13 mile scenic loop is breathtaking.  The speed limit in the loop is 35 MPH so it is in fact a scenic loop and not a high speed circuit.  I didn’t do the Hoover Dam or Lake Mead on this trip because I did that on a previous trip (in a rented Cobra!). 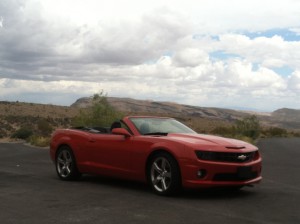 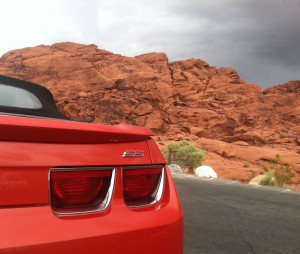 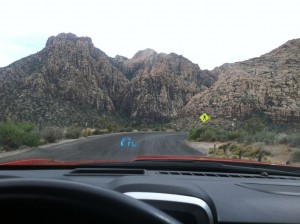 On my way back from Red Rock I decided to swing by Count’s Kustoms. The speedshop owned by Danny ‘Count’ Koker and made famous by shows like Pawn Stars and Counting Cars. The people were extremely friendly and they have a section of the shop dedicated to displaying some of Danny’s collection. Free, laid back, and about a mile from my hotel on the strip. 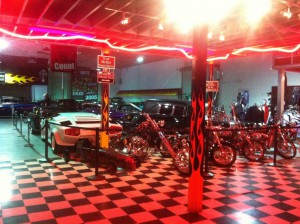 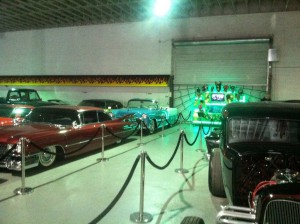 Next morning I headed north to where Las Vegas Motor Speedway is located.  The area of the speedway is a car guy’s paradise.  In addition to the race track, the area hosts a dragstip and a few companies that specialize in exotic car driving experiences such as http://www.exoticsracing.com.  The area also houses an industrial complex loaded with racing teams and automotive related businesses.  My favorite is the headquarters of Shelby American Inc.  The facility includes a museum area. The contents of the display is always changing and includes some of the most famous cars ever produced from the first Cobra CSX2000 to prototypes of the Series 1, Shelby GT-H, Terlingua, GT500KR, and others. Shelby also runs a free tour of the shop at 10:30AM Monday through Saturday. 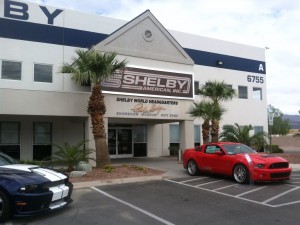 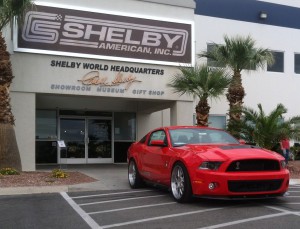 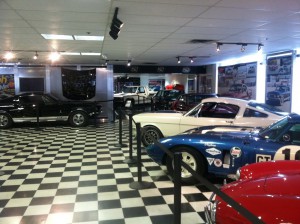 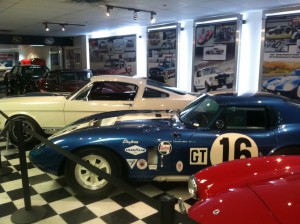 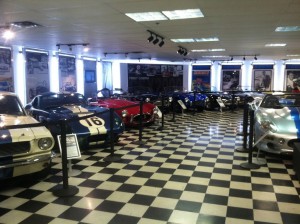 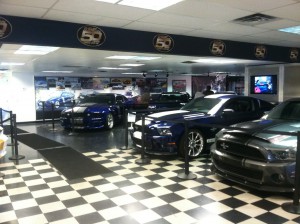 I arrived at the speedway area early one morning during the week (so I could take the Shelby tour). When I pulled off the highway exit and entered the track complex I was immediately met with the sound of a race car circling the speedway, Shelby moving cars around their lot (including a Shelby 1000) and a herd of exotic sports cars coming up the street on their way to the lot location where they operate their driving experience business.  Just for an extra helping of testosterone, fighter jets from nearby Nellis Air Force Base would make intermittent cameos overhead! Freakin’ awesome! 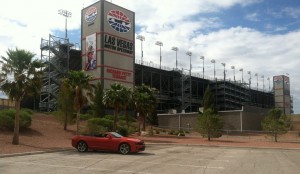 Another thing I did not do on this trip to Sin City was visit the Auto Collections at the Quad Resort & Casino (which used to be the Imperial Palace).  I went there last year and did have to get some work done on this trip.

But there you have it…..Vegas from a gearhead’s perspective.