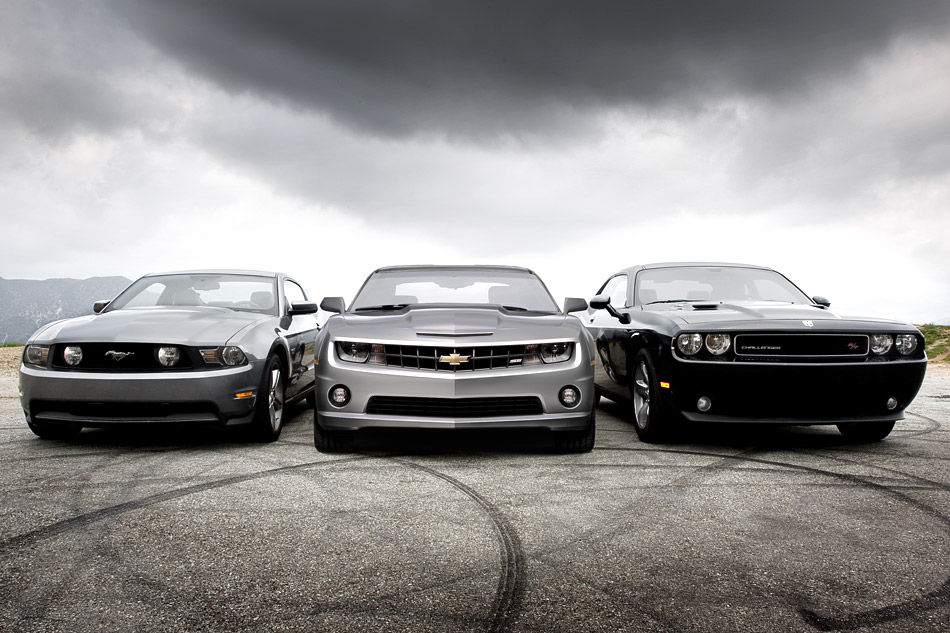 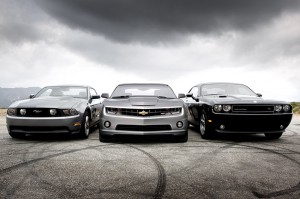 Every now and then I taunt myself with the idea of selling my ’69 Mustang and ’67 Cougar and buying a brand new Detroit muscle car (the new Mustang, Challenger and Camaro are fantastic). The performance, usability and reliability of the new car is really appealing. I would love to have goodies like climate control, heated seats, air conditioning, anti-lock brakes, and even airbags. When I consider the over 30k price tag my little mental exercise abruptly ends….not because its something I can’t afford, but because I view it as a waste…..let me explain.
You have 25 grand burning a hole in your pocket today (currently 2013) and there are two cars for sale:
Option one is a 1969 Boss 302 Mustang… 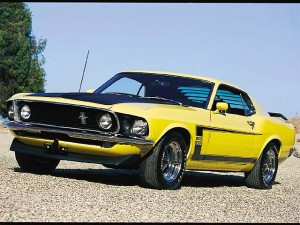 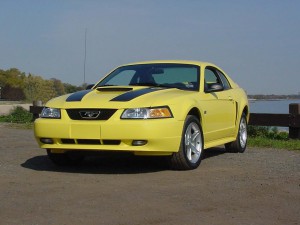 Which do you buy?
Looking at these two options today the choice is a no-brainer. One is a iconic classic and the other is just a used car (even with zero miles).

Yet, when faced with the same choice back in 2000 I chose the other way around! To add insult to injury, now 13 years later, the 2000 GT is worth a whole lot less and well, just not that cool. Meanwhile, the Boss has actually appreciated in value and is still as distinctive and iconic as ever. One factor is that that back in 2000 I actually didn’t have $25k in hand so the ability to finance the new Ford played into the equation……but the fact that I still hear this suggestion debated among car guys shows that we don’t learn from history. As beautifully executed the new Mustang, Challenger, and Camaro are, in a few years (especially once the big three evolve the body styles) they will be considered used cars….NOT classics!

The phenomenon of an “instant classic” does exist, but its a very rare thing. There is an old notion among collectors that says as soon as something is made to be collectable, it is no longer collectable. For example, have you ever seen how many varieties of baseball cards are available today? They have every sort of special edition, limited edition, foil wrapped, hermetically sealed, holographic gimmick you can think of. They are bought by collectors (not kids) and are immediately stashed into secure collections. Will any of these new cards ever sell for the 2.8 Million that the 1909 Honus Wagner sold for? NO! Because those old cards were bought by kids (even though they were in cigarette packs) who enjoyed them (i.e. ruined them) eventually making the rare item even rarer.

So in summary, love your classic. Not because of its potential monetary value (I’ll actually lambaste the notion of cars as investments at a later date) , but because it has already stood the test of time and it takes a special kind of person to own and appreciate it.