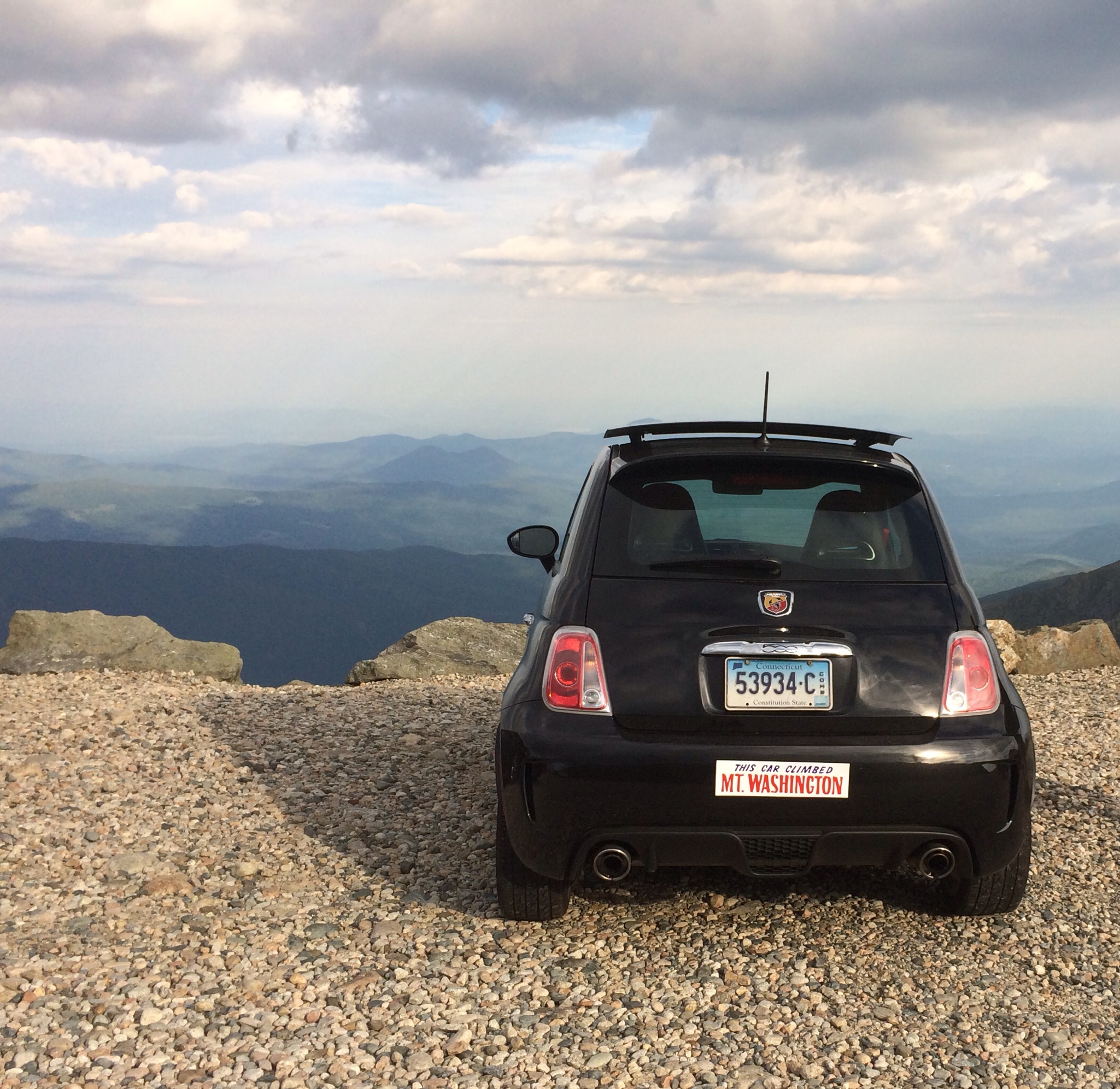 Last weekend we headed up to New Hampshire’s White Mountain region for the 2014 Climb to the Clouds. In an earlier post I covered some of the history of the Mt. Washignton Hillclimb so this post will be focused on the weekend’s activity.

The plan was to take my brother’s Fiat 500 Abarth to the event leaving Connecticut sometime before noon on Saturday so we could make it to the mountain well before the Mt. Washington Auto Road closed for the day (at 6:00PM). Our desire was to drive to the summit to experience the course the racers would be blasting up the following day. Also, neither of us have ever been to Mt. Washington (or the White Mountains for that matter) and wanted to check it out.

As departure time came and went I texted my brother to figure out what the deal was….his response was a request for me to come to his shop so I could help him finish installing an underdrive pulley on the Fiat so we could leave. We completed the pulley install and then took the Fiat on a 300 mile test run….probably not the brightest idea.

Once the Fiat was put back together we hit the road late on a glorious Saturday afternoon and were immediately greeted with bumper to bumper traffic on I-91 in Connecticut. Things didn’t look good for reaching the mountain by 6:00 PM. After Hartford my brother drove like a maniac (i.e stints into the triple digits) and we shaved enough time to reach the mountain at around 5:40 PM. We paid our entry fee and drove to the summit. When we left CT the temperature was in the high 80’s….at the summit of the mountain it was 54 degrees! The view from the summit was absolutely stunning…and experiencing the insane drive up just cranked up the excitement for race day. 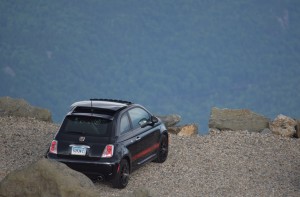 I filmed our drive up the autoroad with my GoPro affixed to the Fiat’s sunroof. See if you can spot the black bear at 1:30 into the video…

After descending we headed to our hotel. We checked in, dropped our stuff off and then headed out for dinner. The town was flooded with car guys. Specifically, there were modded Subarus everywhere.  An interesting side note is that several of the race participants took their race cars to town for dinner.

Sunday morning came and my brother complained about having to sleep on the most uncomfortable bed ever. I drove to the event to be there for 6:00 AM as the gates opened so I could buy our tickets (next time I will buy in advance). I acquired the tickets and drove back to the hotel to pickup my brother and check out.

The shuttles to the spectator areas left the paddock a little after 7:00 AM. We arrived to our viewing area (called Signal Corps) and jostled to find comfortable rocks to sit on. Now we had to wait a little over two hours for the opening ceremonies to conclude and the timed runs to start. Two hours seems long but it was hard to complain when your view was this:

The racing started with the vintage class and progressed to the faster participants. The intervals in which cars ripped through our section of the course varied but we were able to hear the official’s radio so we knew when cars started. Also, it was apparent when the next competitor was approaching because the helicopter filming the event would leave the car it was trailing to the summit and swoop back down the mounting to film the next participant.

Our view of the action: 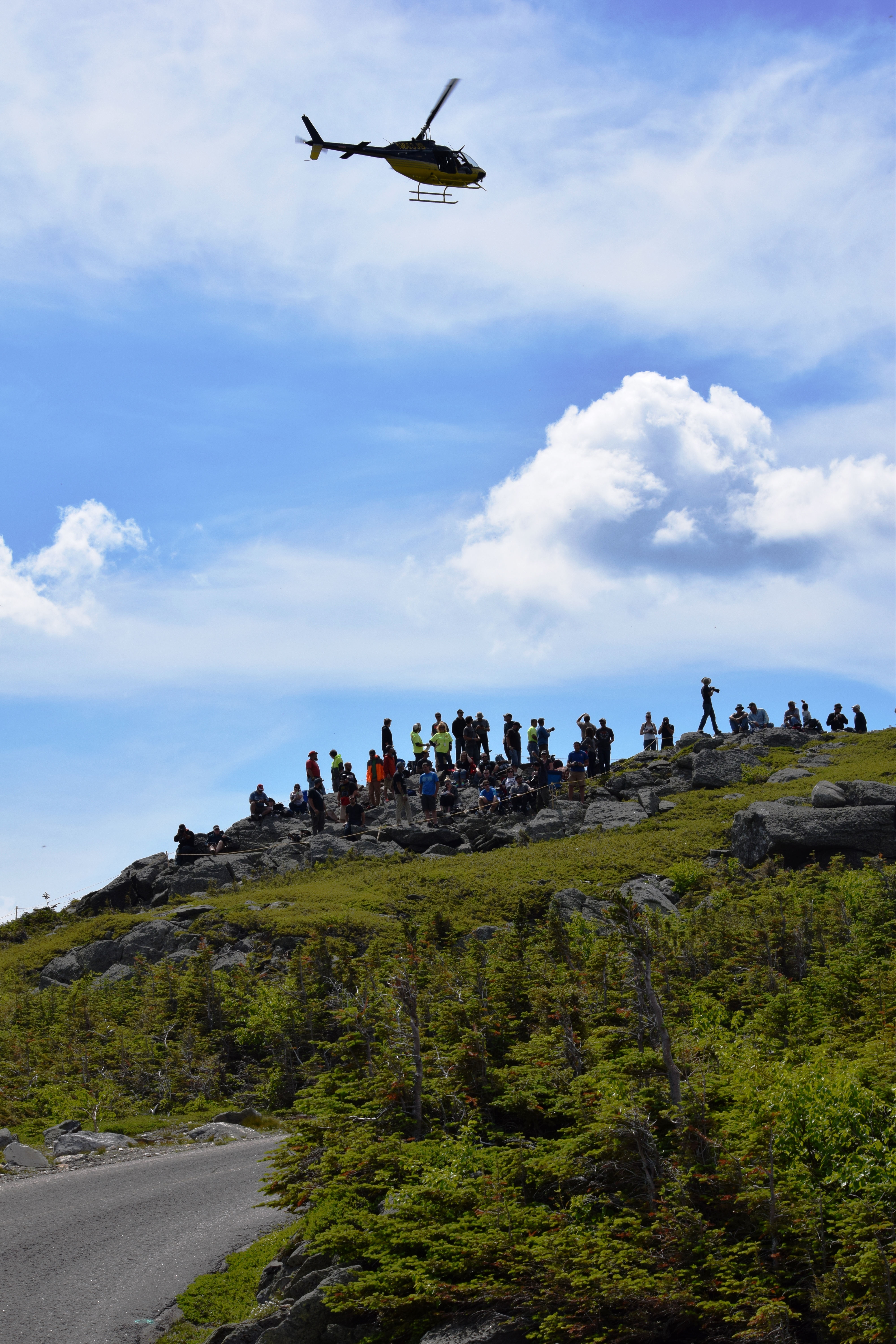 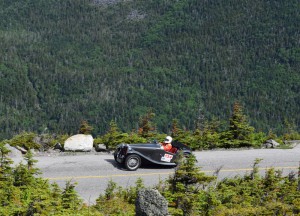 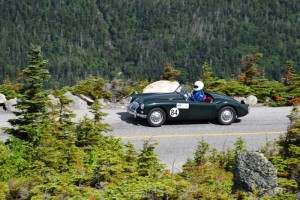 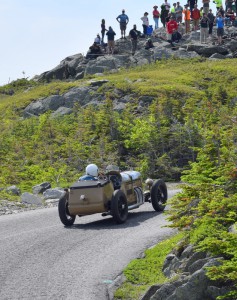 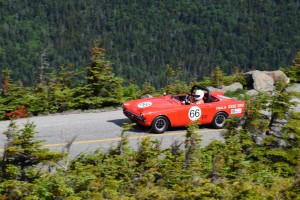 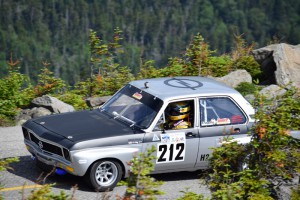 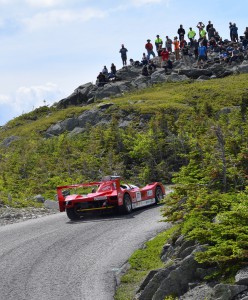 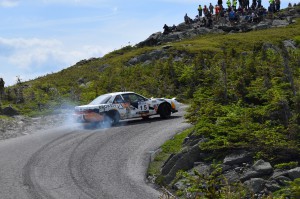 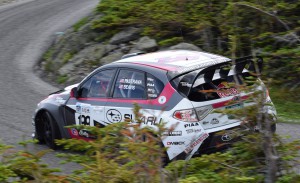 The speed and efficiency in which David Higgins slithered though the ‘S’ section we were in was amazing….he went on to set the new course record Sunday afternoon.

After the morning runs the shuttle brought back down to the base area where we waited for the parade of participants to descend from the summit back to the paddock. We then spent some time walking the paddock area getting up close and personal with the cars before the afternoon runs. 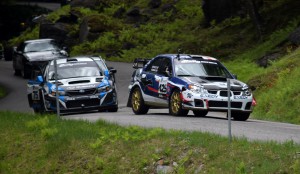 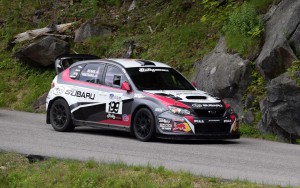 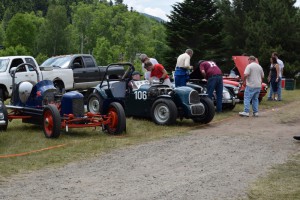 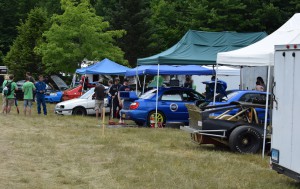 At this point it was around 1:00 PM and we were dreading the looming 5 hour drive home. We were tired, hungry and both had to work the next day. Being stereotypical Italians, our family traditionally eats together every Sunday evening at my parent’s home…usually around 5:00 PM. My brother, looking at the clock and having barely eaten the last two days was determined to make it back to CT for family dinner. We topped the Fiat with gas and blasted southward for what my brother dubbed our ‘Meatball Run.’ Needless to say, we made it back in time.

The weekend was awesome and I will keep going back as long as they keep having the event.  The event also peaked my interest into eventually making plans to attend the New England Forest Rally in Maine.