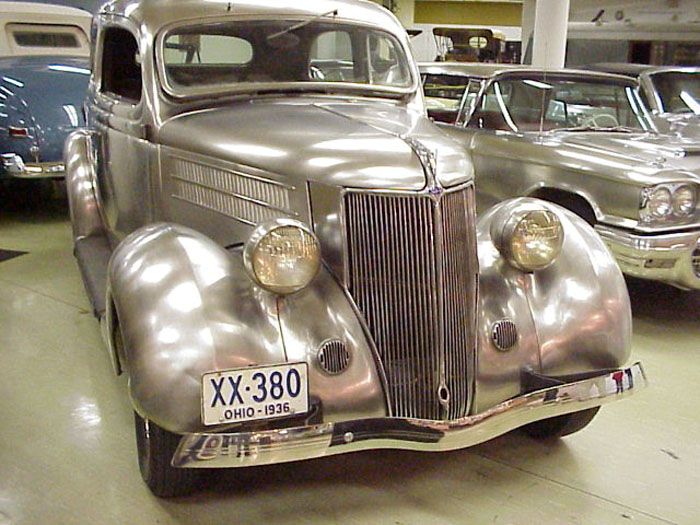 My wife’s grandfather loved to tell stories (usually the same ones over and over again).  To the surprise of my wife’s family, I actually liked listening to them.  I think I was the lone participant in the story sessions for a combination of reasons. First and foremost, unlike the rest of the family, I hadn’t been listening to the same tales for the last 30+ years. Secondly, my wife’s grandfather (Gene) was a pretty interesting guy.  He was a technical guy who was an engineer at a local steel plant.  Many of his stories involved cars.

One time he told me about the stainless steel Fords his company produced and that he drove. Of course I questioned the validity of the story. When I think stainless steel car I think DeLorean (flux capacitor not included) made famous by the movie Back to the Future. But it turns out in 1935, officials at Allegheny Ludlum Steel Division (where Gene worked) and the Ford Motor Company collaborated on an interesting experiment.

Allegheny Ludlum, a pioneer producer of stainless steel, proposed the idea of creating a stainless steel car to Ford. The idea took shape in the form of a 1936 Deluxe Sedan. That car became the centerpiece of a campaign to expose the public to the new metal and its many uses. The stainless steel cars were perfect vehicles for increasing awareness of the quality of the metal. And over the years, this quality has been shown in its stainless performance.

Of the six stainless steel cars that rolled off the Ford assembly line in Detroit in 1936, four exist today as living proof of the durability of stainless steel.  Each of the original six logged at least 200,000 miles in the hands of Allegheny Ludlum officials before “retiring” to private ownership in 1946. Thousands of additional miles have been logged on the odometers since, and the shiny bodies have outlasted most of their non-stainless steel parts. 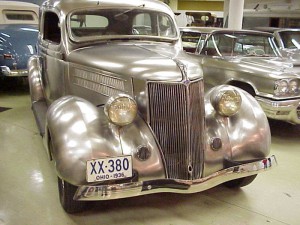 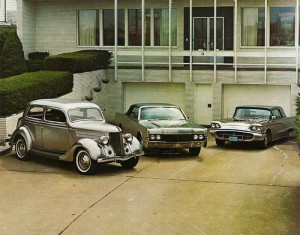 Of the 11 cars originally built, nine are still in use.  Interestingly, out of the 8600 DeLoreans produced, it is estimated that over 6400 still around today.  That says something about stainless steel.

Last note, only one of the four remaining ’36 Fords is presently in road-worthy condition and was allegedly insured for 1.5 million dollars. This would have blown Gene’s mind!

Gene’s photo of the car in front of his plant: 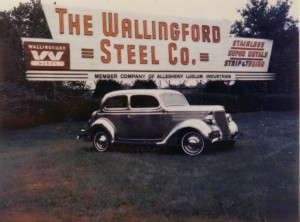 Gene is the guy with the top hat: 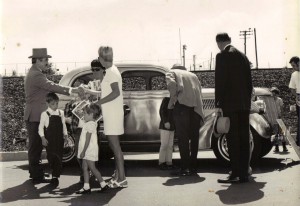 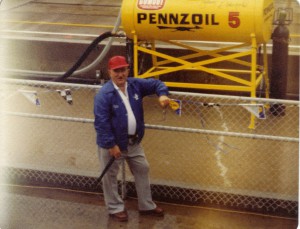 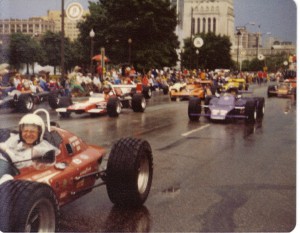