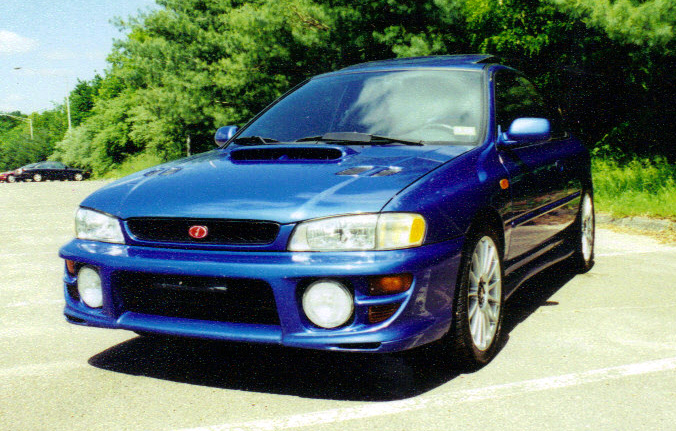 As I indicated in my previous where can i buy Lurasidone uk we were wannabe rally car drivers.  So what is there beyond autocross that the amateur car guy can get into? First there is Lurasidone over the counter….which is basically autocross on an unpaved surface.  As fun as it looks we viewed it as not the sort of event you want to take your brand new car to.

The other alternative is RoadRally. These events take place on public roads and obey speed limits (in theory). There are a few types of rallies but the most prevalent type of RoadRally is the Time-Speed-Distance (TSD) RoadRally. In a TSD RoadRally, the teams must not only follow the rally course, but are also challenged to maintain precise average speeds. This speed is always at or below the posted speed limit for the roads used. At various points along the route, unknown to the competitors beforehand, the cars will be clocked in. Since the organizers of the event have measured the course prior to the event, the exact time that each car should arrive at these checkpoints is known. Teams are penalized one point for every hundredth of a minute that they arrive late or early at the checkpoint. At the end of the event, the team with the lowest score is declared the winner. Since all speeds are at or below the posted speed limits, no special vehicle is needed. Rallies usually end at a restaurant or other social establishment. Here competitor’s trade stories of their adventures and enjoy each other’s company while waiting for the awards to be handed out.

So, my brother and I entered the Subaru in a local rally back in August of 2000. The course covered a very large area in the eastern part of Connecticut which is fairly rural (i.e. unpaved roads!).  The event started early and was an all day affair (or at least it seemed like it).  Even though this was our first rally we were fairly confident we’d do well since the gist was to follow the directions and calculate the anticipated speeds.  My brother’s background as a furniture repair person basically had him drive everywhere in the state on service calls (pre-GPS) so the navigating directions thing was covered. I was an engineering student so calculating average speeds over distances should have been cake……I said ‘should have been.’

The first challenge of the event is to not be an idiot….which can be harder than you think. You are in your car that you are so proud of, you are surrounded by other car guys in their rides and you are all going to the same place…..yet, the rules say don’t speed!  So you have to suppress the ‘racer’ in you and focus on the fact that it is a precision timing event.

The second challenge was that my brother had already swapped is wheel/tire package on the car…..meaning the rolling diameter of his wheels didn’t match the factory spec and the odometer was slightly off. The directions you are given don’t necessarily say “Turn left on Main Street” instead they will read “Turn left in 6.2 miles” so an accurate odometer is kinda important.

So how did we do? Not well. Honestly, we could have done better, but as the day went on we chose not to….let me explain.

The event hinges on the fact that if you drive along at the speed limit along a predefined course you will cross certain points at the same time. Well, what happens if you take a wrong turn? Since you would only dare to drive the speed limit the time it takes to correct your route is ‘lost.’ You then have to provide the scorers an estimate of how long you think you were off course and they somehow calculate that into your score.  We did this the first time we went off course.

Then we learned that it was easier (and more fun) to ‘make up’ for the lost time.  I’d basically calculate the overall time we needed to finish a stage of the course, and then we’d do our best to stay on course at hit that time, however if went off course we still did everything in our power to still end the course section at the time we already targeted…..you understand what I’m getting at.

This new philosophy coupled with mounting competition throughout the long day resulted in a great afternoon which featured much more ‘McRae’ like action.

For instance, a wrong turn on a narrow country road in the morning was fixed with a careful K turn to get us headed  in the right direction again. In the afternoon it was a U turn across grass covered medians and road shoulders.

Our ‘best’ off-course was when we were traveling unpaved roads through serene tree-lined woodlands and we crossed a narrow wooden bridge. We knew that the course couldn’t go over the little bridge so we turned around determined to make up the lost time (and there was a lot of it).  My brother slid the Subaru around corners as I tried to figure out where we went wrong. Then while flying up a gravel road we blew by the timing table.  Our blue blur of noise and dust obviously shocked the workers since they jumped for cover when we passed. We later asked the timing volunteers if they were able to get the number off our car and they claim they did…..but I’m still not sure if they did (at least this is what my excuse is going to be for losing the event).

Another notable highlight was the father/son team in which the father made the son relieve himself in an empty soda bottle rather than stop the car and throw off their average speed.

I highly recommend participating in a local rally. It is a simple form of ‘competition’ and the time you spend in between stages and at the end of the event socializing with other car enthusiasts is a great. Click this Lurasidone over the counter cvs for more information about SCCA RoadRally