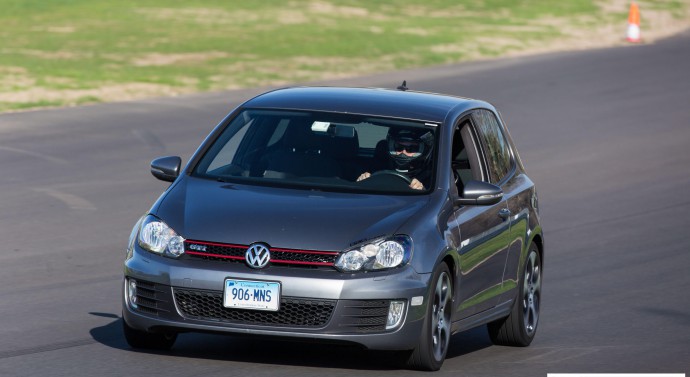 My ‘racing’ experience was limited to autocross, road rally and drag strips…..but I’ve always wanted to drive on a road course.  Every now and then I check the rates at one of the local driving schools (like Skip Barber) and fantasize about dropping the cash (over a $1000) to finally make my debut on a road course.  The most affordable way I found to get on a track was via the club I used to autocross with. They hold a track day or two each year which usually run between $325 and $400….which is a bargain.  I never took advantage of these track days because the impression I received was that they were not meant for beginners…..the expectation was you showed up and ran and stayed out of each others hair. So I thought that first needed to attended something like Skip Barber Racing School before I was qualified to take advantage of club track days.

Things changed a little in recent years when Lime Rock Park started holding open autocross events.  As interested as I was in attending one of these events I failed to drum up to motivation to actually go register for one. The fee ($225) seemed excessive when coupled with the fact that the event took place on Lime Rock’s infield autocross course (not the track itself) curbed my enthusiasm.

Enter the SCCA’s Track Night in American Driven by Tire Rack. I saw the event advertised in a Facebook post and was intrigued. The event clearly seemed geared toward breaking the barriers to getting car enthusiast access to road course experiences. The closest event to me was Track Night: Boston (which actually takes place at Thompson Speedway Motorsports Park in Connecticut)

Honestly, the press release and media info seemed a little too good to be true. Regardless, I figured job one was to figure out if this event was worth attending in the future with my brother and his Abarth. I registered my GTI and I for the event ($150 fee) assuming a few things….and you know what they say about assumptions.

I assumed since I was relegated to the Novice class a myriad of restrictions would be applied to my experience. For instance, I assumed I would only get to do paced laps around the track…which I was fine with for my first time track experience.   Paced laps and getting to hang out at a track with a bunch of cars guys seemed like a good use of a Wednesday evening.

The event exceeded every expectation I had! It ran like clockwork, the staff was courteous and insightful, and best of all we got to run!  The evening did in fact begin with with a 20 minute paced lap session to become familiar with the track, but after that we had three 20 minutes ‘hot’ sessions.  Of course there were restrictions to prevent fender to fender racing but I was happy to oblige since I had to drive my GTI home and to work the next day!  The restrictions were minimal…..each session started with two laps under yellow flag, but once we went green passing was allowed in three designated passing areas but only if the car in front of you pointed you by…..that was it.

The event was photographed by Clarus Studios and participants were encouraged to download and share the photos to promote the event….which I will gladly do. I plan on being at the remaining Track Night: Boston events (next one is June 30th) and I’m bringing friends with me. The Track Night website sums it up perfectly: 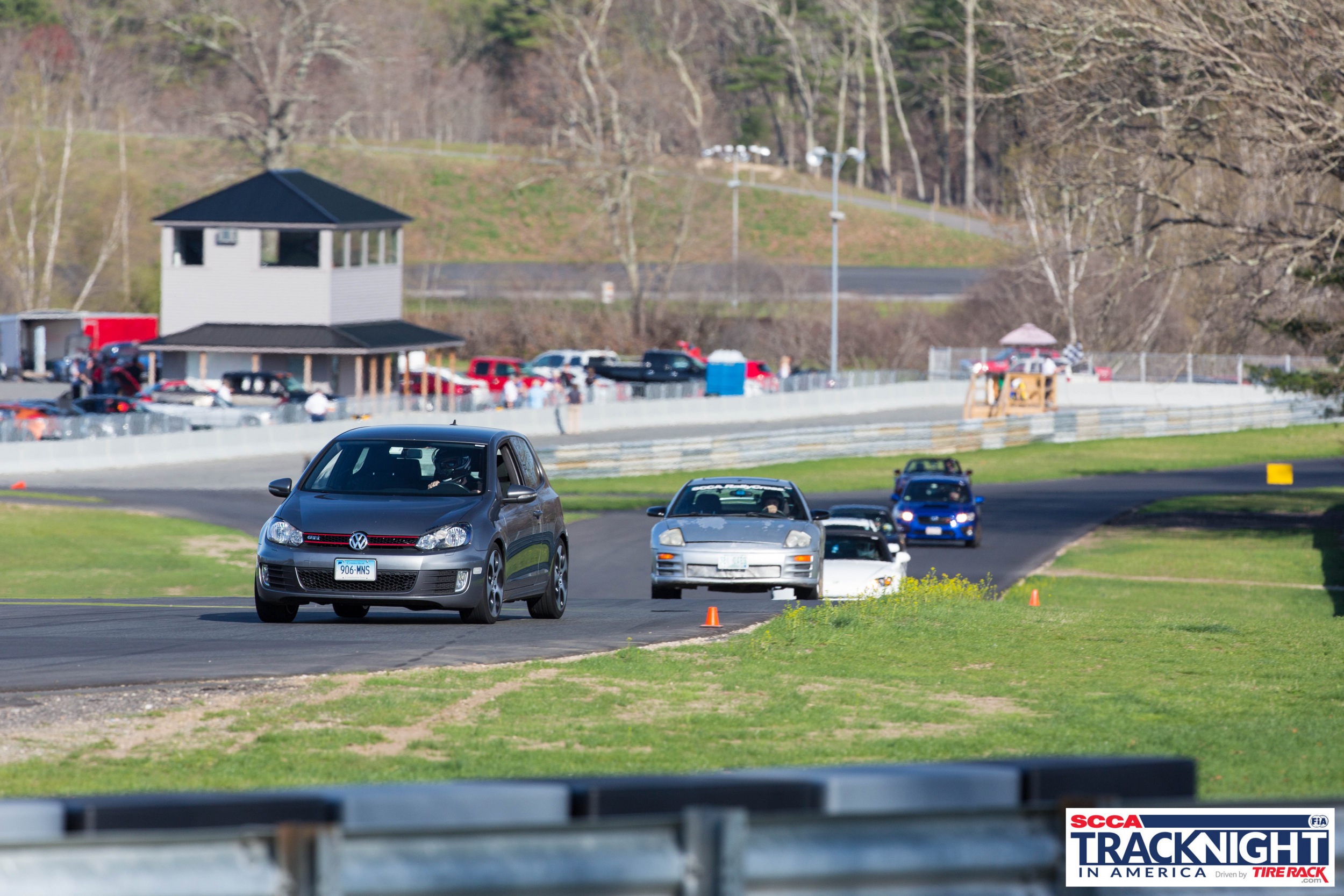 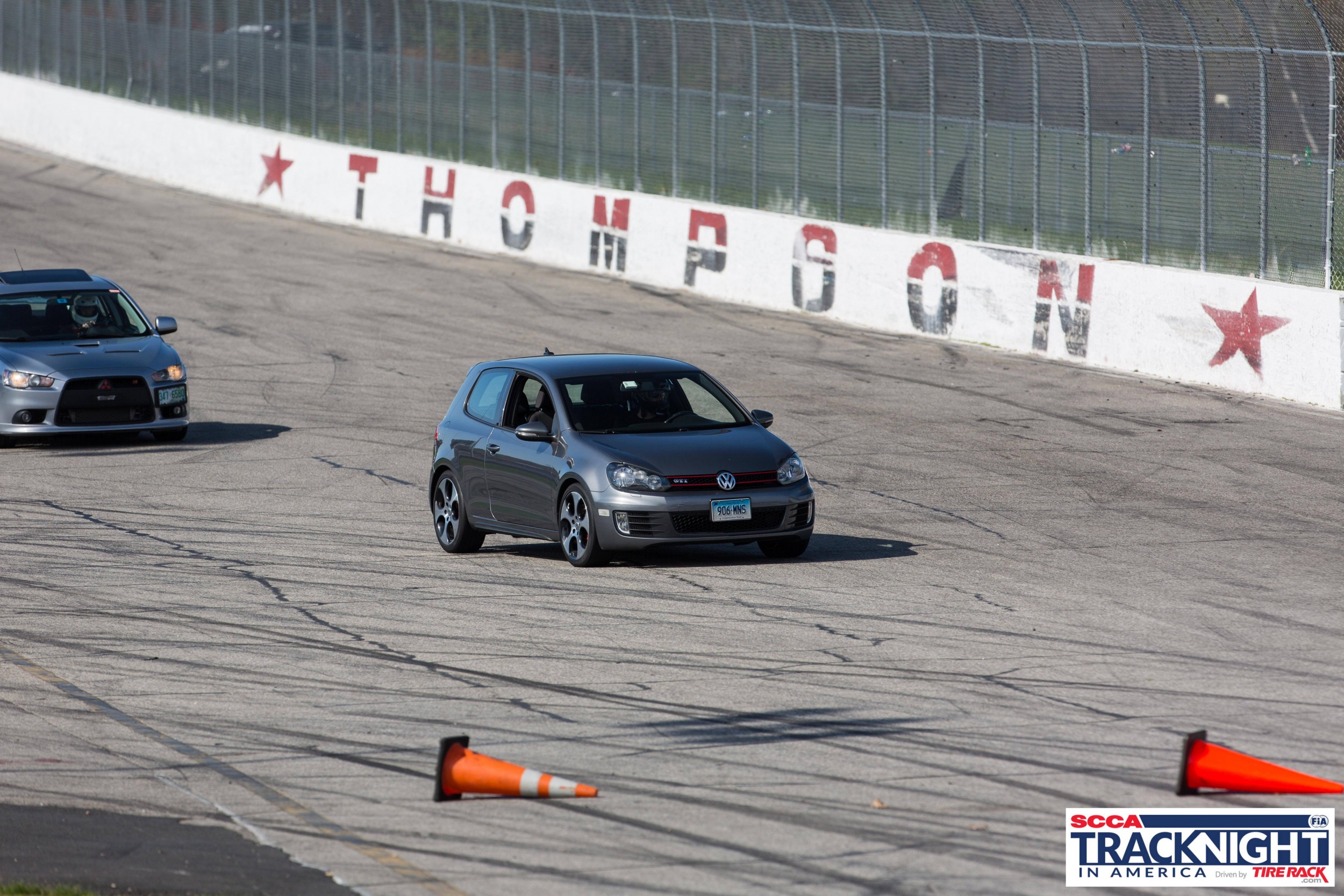 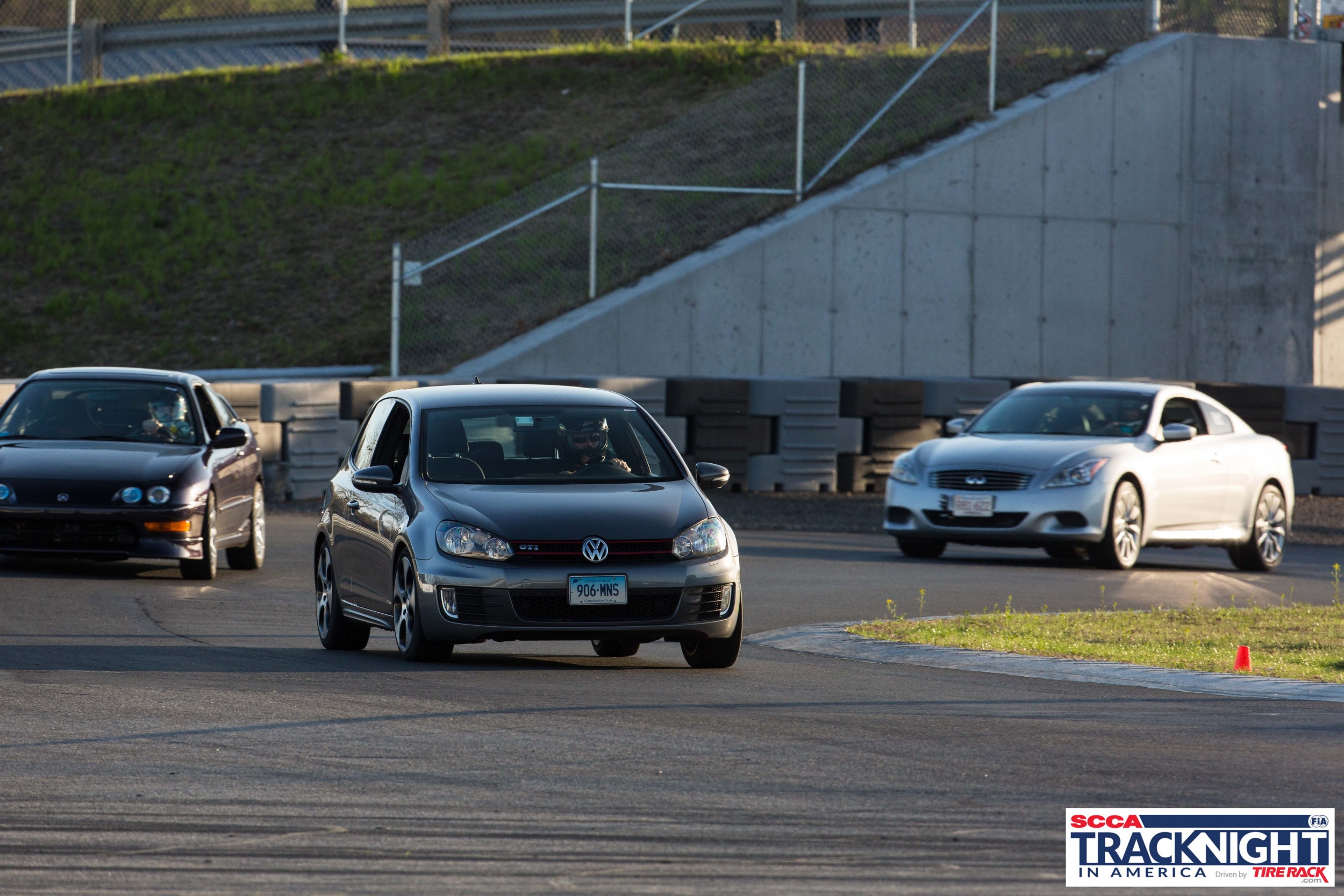 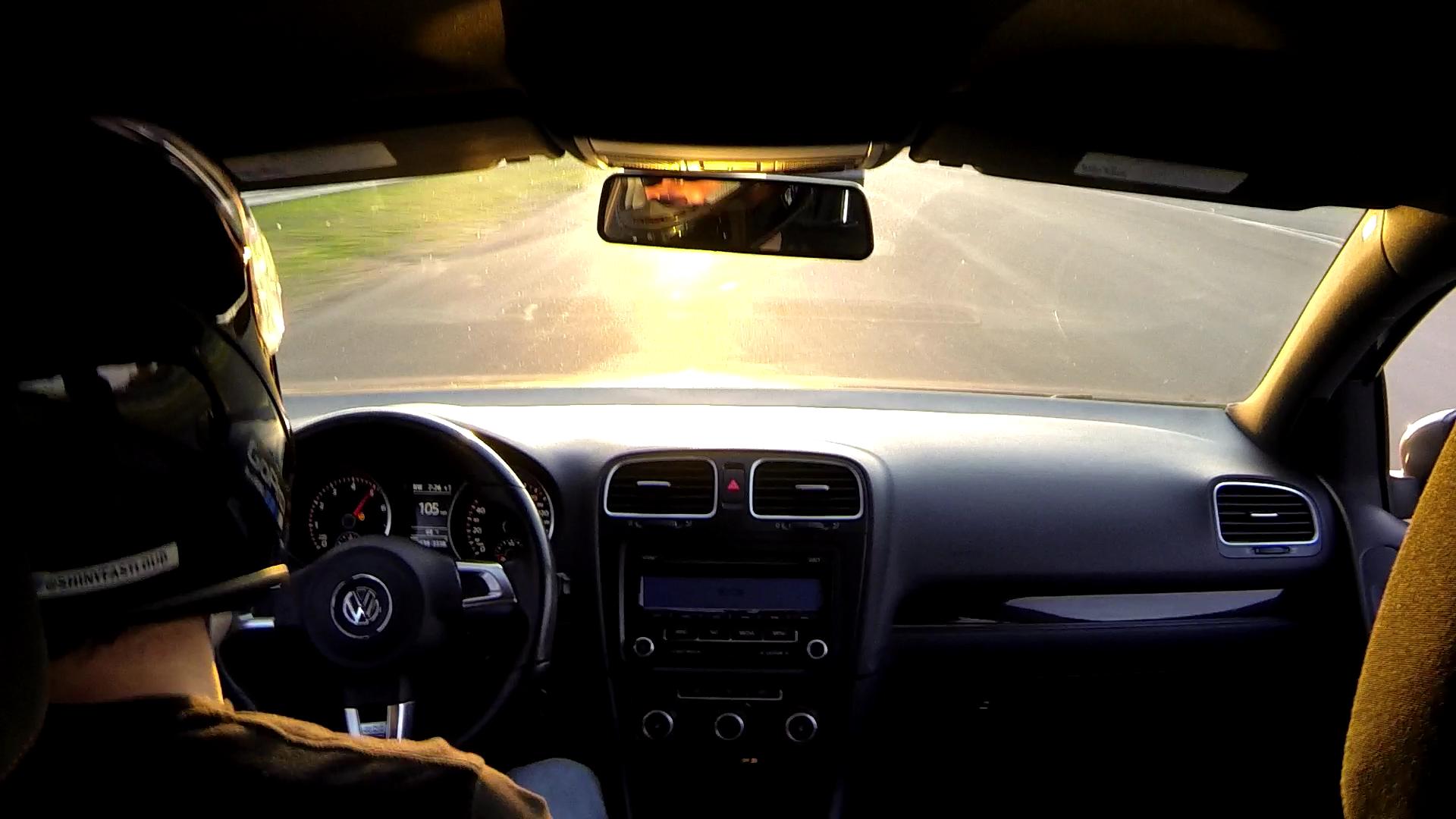