I love car movies! I even love the bad ones (which there are plenty of) if there is enough driving, racing, or hooning on display.  I have a special place in my heart for the classics like American Graffiti, Two-Lane Blacktop, Dirty Mary Crazy Larry, Bullitt, Vanishing Point….you get the point.  If I stumble upon one while channel surfing I consider it must see TV till the final credits roll.  However, the majority of the cult classics really only appeal to car-guys at this point in time. My clinical data to substantiate this statement…..of the movies mentioned above I’d probably only gt my wife to watch American Graffiti with me again (yes she has watched all of the other out of obligation).

However, there is one car movie that she absolutely loves and I cannot stand. In fact it was on two days ago and she stopped to see if my sons would be interested and I literally left the room.  That movie is 1978’s Grease!

Her and I joke about the fact that there is a movie that features cars, gangs, and Vinnie Barbarino and I can’t stand it.  The simple fact is I don’t like musicals. I guess that people randomly breaking into song can even ruin Ben-Hur style hub caps.

Honestly, Grease can probably be considered the most mainstream car movie ever made.  The irony goes even further. When I was in high-school the majority of my class was having parties in which they watched (and apparently sang along with) Grease. You know who wasn’t at these parties? The socially shunned gear heads (you sense the bitterness) who were literally out cruising/street racing while these private screenings were taking place. And just for some perspective on the movie’s staying power…..I went to high-school 18 years after the movie was released!

So why do I bring this up now. As I mentioned, Grease was on yet again the other day, but more importantly, the original 1949 Mercury that Craterface drove is for sale on eBay right now.  So if you have over 100 grand burning a hole in your pocket and aren’t revolted by the concept of people randomly bursting into song here’s the ride for you… 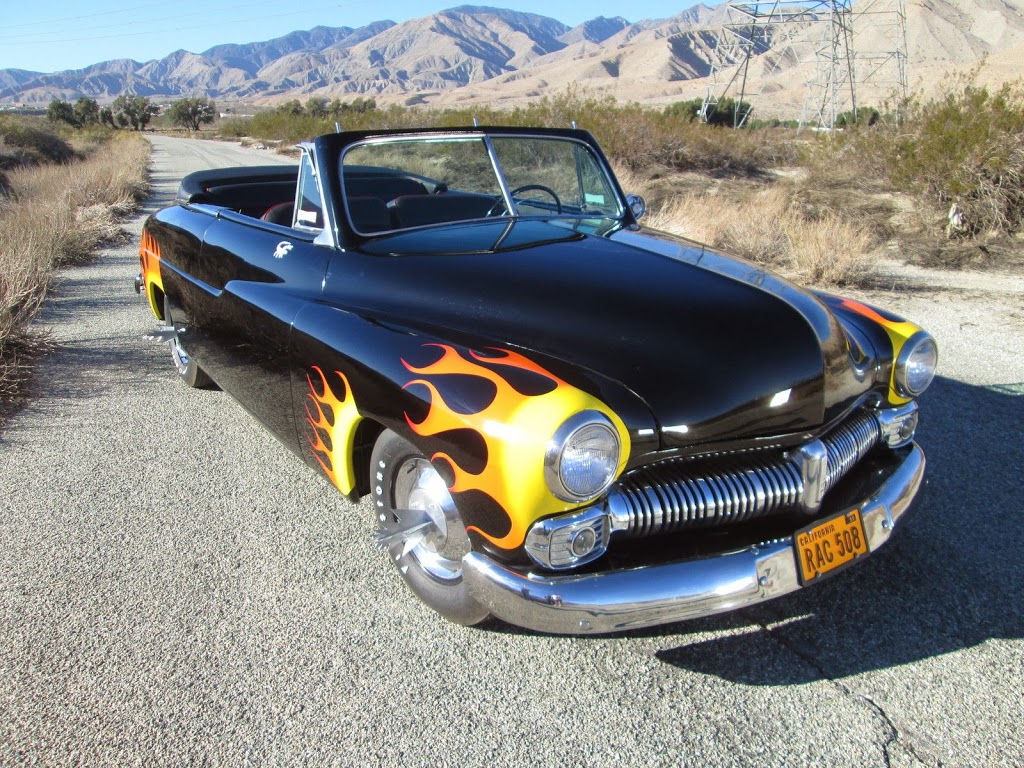