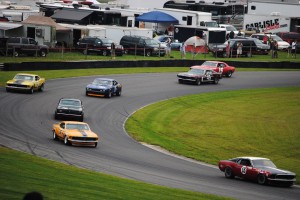 Every Labor Day weekend I like to take the family to the park……Lime Rock Park that is.  In previous posts I’ve touched on my jealously of automotive enthusiasts who live in regions of the country that have thriving car scenes and/or rich rodding and racing histories like SoCal.  However, as much as I complain about being a car guy in snowy, salty New England there is one thing we have that should be on every American car guy’s bucket list.

Recognized and revered for its scenic beauty and its place in motorsports history, Lime Rock Park is one of the oldest and continuously operated road racing courses in the country. Since it opened in 1957, Lime Rock Park has played host to nearly every great road racing driver, car and series, establishing a rich tradition as the Road Racing Center of the East.

Lime Rock’s history is inextricably entwined with that of sports car racing’s. In its 55-year existence, almost all of the sport’s greats have raced here: Andretti, Moss, Gurney, Posey, Rodriguez, Hobbs, Hill, Donohue, Ward, Fitch… the list of great drivers who’ve raced here is literally endless, from the drivers in the industry changing Formula Libre race of 1959 through the stars of the 1960s, 70s and 80s in Can-Am, Camel GTP, F5000, Trans-Am and Atlantic.

Lime Rock is not your typical motorsports venue…to call it a ‘race track’ is a horrible injustice.  Lime Rock Park rests on 350 acres of rolling Berkshire Mountain foothills creating a natural amphitheater, delivering a truly unparalleled experience for viewing world-class racing. Lime Rock Park is just that – a park. Fans are encouraged to bring their picnic blankets and lawn chairs to enjoy the grassy hillside viewing, an attribute unique to Lime Rock. Without being restricted to grandstand seating, fans take full advantage of its complete access.

Labor Day weekend hosts a very special event at Lime Rock Park…..the Lime Rock Historic Festival. With over 300 historic cars and a top-notch concours (with over 1000 cars), the Lime Rock Historic Festival is one of the premier auto events in the country. Noted not just for close racing, the festival brings together a wide variety of cars and historically significant cars.  For instance, a few years ago the event hosted a 1939 W154 Mercedes Silver Arrow that had not seen a track since 1939!!!

Half the fun of going to the Lime Rock Historic Festival is the ride there. Nestled in the northwest corner of Connecticut in the rolling Litchfield hills the venue is surrounded with everything one would associate with the iconic New England countryside. For instance your route may take you over the the picturesque covered bridge in Cornwall a few mile south of the track. What makes the approach to the event so interesting is its pretty typical to come upon (or they may pop up in your mirror) some vintage or exotic sports car as you wind through sinuous roads cutting through colonial era towns and farmland.  I can write for ever about how strongly I feel about Lime Rock Park…..but honestly, one really needs to experience it to appreciate what has been called “the secret valley of racing.”

Short video discussing the historic festival:
Some of my photos: 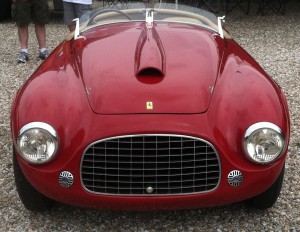 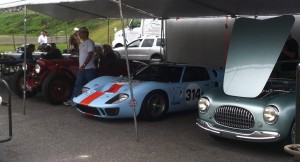 For all of my photos view my gallery.
A Side Note: The newly released 2014 Corvette Stingray will be available in a hue that Chevrolet has called ‘Lime Rock Green Metallic’