The Daytona 500 kicks off the 2013 NASCAR season in a month….but I don’t care! First some eye candy and then my rant…. 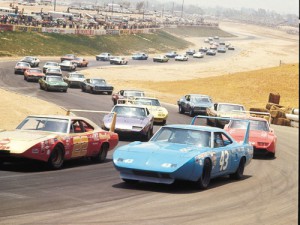 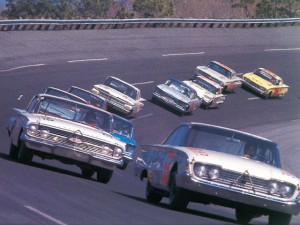 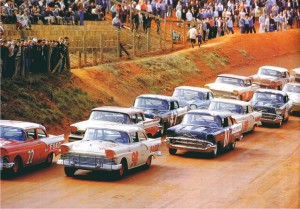 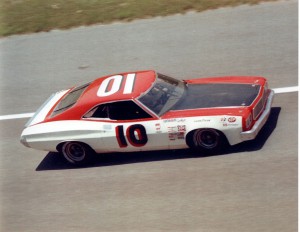 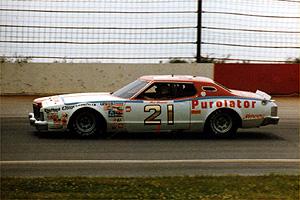 I grew up as an avid follower of NASCAR in the 80’s. However, I have zero interest in current day NASCAR. What happened? I firmly believe that in its efforts to broaden the appeal of the spectacle (which I cannot fault them for), NASCAR ultimately alienated car guys.
“Two decades ago everybody had their own unique cars,” said Robin Pemberton, NASCAR’s vice president for competition and racing development. “Much of the sheet metal was out of the box from the factories and the dealerships, and you built them in a way to get your advantages however you could. You saw quite a menu of spoiler sizes and nose changes and a constant leapfrogging of technology to get an advantage. One car would run good at Michigan and then wouldn’t run good at Daytona.”
Everything Pemberton described in this quote is exactly why I used to like NASCAR….and it is missing from today’s version of the sport.
Coupled with NASCAR’s marketing machine keying in on the drivers (both their skills and personalities), the tragic death of Dale Earnhardt triggered a tremendous effort into improving driver safety (with amazing success). This ultimately culminated in the introduction of the generic race car dubbed the “Car of Tomorrow.”  Without question, the COT accomplished many of NASCAR’s safety goals, but it was also the final nail in the coffin in essentially removing the importance of the car, engineering and technology (all stuff I love) from the equation of determining a race’s winner.
The crazy thing is I didn’t even grow up in NASCAR’s glory years (think winged warriors!). I picked it up in the mid 80’s. But even then, the Monte Carlos and T-Birds were far more interesting than  today’s sterile “Car of Tomorrow.” Back then, we all knew people with a mid 80’s G-body (Chevy Monte Carlo, Pontiac Grand Prix, Buick Regal, Olds Cutlass) and if you squinted when you looked at them they looked like their racing counterparts.  My brother’s first car was a ’83 Monte Carlo and we loved that it had race car DNA.  In the 80’s we even got a taste of the homologation days as we saw quirky stuff hit the showroom like the Monte Carlo and Gram Prix Aerocoupes… 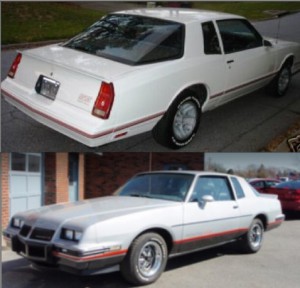 To me, the beginning of the end wasn’t the “Car of Tomorrow.”  The writing was on the wall with the introduction of the Chevy Lumina. The second a showroom product that was a unit body, front wheel drive, V6 (at best) automobile appeared on the track as a rear wheel drive, V8 powered race car I knew whatever remained of the illusion of ‘stock car racing’ was completely gone.  Then the Ford Taurus added insult to injury by proving the showroom variant didn’t even have to have the same number of doors as the racing version.  At this point, manufactures don’t even offer cars with push rod V8’s (but they race them).
But there is a glimmer of hope (just a glimmer).  NASCAR has announced that it intends to reintroduce some diversity among the models being raced in 2013. Its a baby step but its just never going to be what it was.

I will summarize my whole point in 5 words and 2 pictures:
This… 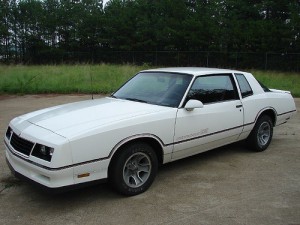 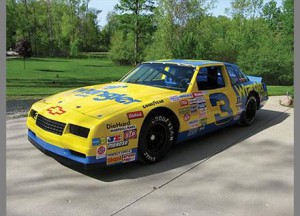