Every now and then I stumble across something good on Netflix that I had no idea about. 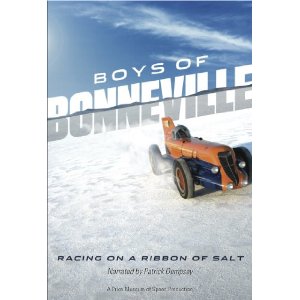 Last night, I watched Boys of Bonneville: Racing on a Ribbon of Salt which is presently streaming on Netflix.  It tells the story of Ab Jenkins and his quest to single-handedly break every existing land speed record on his beloved Bonneville Salt Flats of Utah. More than a century later, many of Ab’s records remain unbroken. Its a great film about the early beginnings of American land speed racing at Bonneville and a couple American heroes.
The film also does a great job of  featuring Ab’s purpose built 12-cylinder, 4800-pound “Mormon Meteor.” 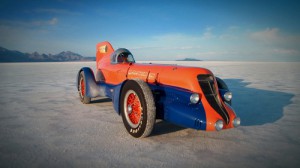 After watching the movie I looked up the details for this year’s Bonneville Speedweek. Who wants to head to Utah in August with me?

Boys of Bonneville: Racing on a Ribbon of Salt (IMDB Link)