As I mentioned earlier, the arrival of my brother’s Subaru 2.5 RS marked our involvement in getting out and participating in the local autocross scene. We did the majority of our racing with the Connecticut Autocross & Rally Team,  a local club that held autocrosses every other week.  CART events were a great deal of fun.  The variety of cars that showed up on any given Sunday was fantastic.  You had everything from new C5 Corvettes to vintage Mini’s.

The events were also frequented by interesting people. One such person was Jeff Denmeade.  Jeff used to show up to the events in a full blown Rallyart prepped Mitsubishi Evo5!  This was way before Evo’s were available in the States. It was the same car he drove in the Mount Washington Hill Climb:

I just did a quick web search and Jeff is still at it. He has recently tackled Pike’s Peak in a Australian built Skelta!

Another guy that was always at the events was Bill Rutan. William “Bill” Rutan holds the record for the quickest gravel road time to the top of Mount Washington in a car that came to be called the Bathtub–a home-built hillclimber powered by a quad-cam Porsche 356 Carrera engine mounted amidships in what was at one point long ago a stock VW Sedan.

In 1961, Bill drove his lightweight car 17.4 miles to the 6,288-foot peak in a stunning 9 minutes and 13 seconds. There were Porsches and even Jaguars there at the bottom of the mountain, but none of ultimate consequence. Bill trounced the standing record by a full minute and eight seconds. The previous mark set by Carroll Shelby behind the wheel of a Formula 1 Ferrari was permanently broken. The road to the summit was paved the following year, cementing Bill’s run into the books as the record time up the gravel course.

My brother and I always had a great time at the CART events. And while we never recorded the FTD (fastest time of day) among such experienced drivers my brother did set a record of his own.

He recorded what may have been the fastest off course in CART autocross history!  The way the club set up the starting line was interesting.  There was the starting line itself which was flanked by cones and the starting light. When it changed from red to green you were good to go.  However, the actually timing trigger was set up at the first set of cones usually a few feet away from the starting line. Once you got the green light and took off your official time didn’t start till you went though the very first gate and tripped the optical trigger.  Apparently my brother got the green and launched hard and fast as he would always do in his all wheel drive Subaru. He made his entire run and when he finished to get his time he was told he went off course.  Under further analysis it turns out he somehow managed to not trip the timing equipment, meaning he missed the very first gate.  So he not only was off-course, but never really managed to be on-course!

To this day we still aren’t sure how this was even possible. 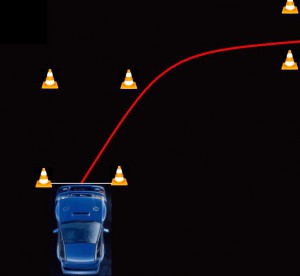 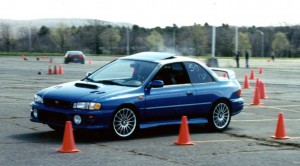 Some pics of the Subrau in action at a Renselaer Sports Car Association event: 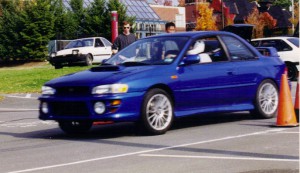 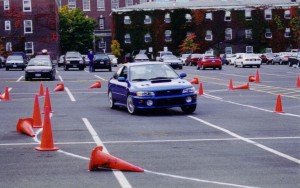 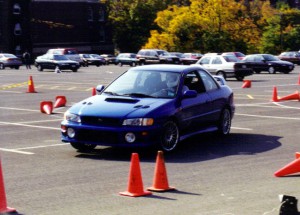