A quick look at my blog history and you’ll see I love Lime Rock Park.  I also raved last year about the SCCA’s Track Night in America events. While attending Track Night last year at Thompson Speedway Motorsports Park I mentioned how great it would be if they held a similar event at Lime Rock.  I have always wanted to ‘race’ at Lime Rock and the cost, requirements, or level of competition has always been a barrier. So I was thrilled earlier this year when the SCCA announced they would be holding an event at Lime Rock. The event was branded slightly different as  ‘TrackPass’

On Thursday, May 26, SCCA Track Night in America Driven by Tire Rack held the very unique TrackPass event at Lime Rock Park. The event coincided with the Pirelli World Challenge® event scheduled at the circuit. So in addition to the typical track sessions, participants were able to mingle with pro drivers and teams and watch all the action of a professional race weekend. The key thing is that this event (with the opportunity to drive Lime Rock’s historic course) was cheaper than Lime Rock’s open autocross days that takes place on the in-field autocross course.

The drive up to Lime Rock was as pleasant as to be expected. I love driving in Connecticut’s northwest hills, especially on a clear sunny weekday. When I arrived at the track and pulled into the area designated for the TrackPass participants I noticed something very different from my passed Track Night experiences. The field was littered with high horsepower/high performance machinery. It seemed like every other car was a Corvette Z06 or BMW M3. Sprinkle in a Charger Hellcat, Audi R8, Nissan GT-R, a Mustang Boss 302 and and brand new GT-350 and I realized i was seriously outgunned. Not to mention that we were eventually joined by TWO Ford GT’s! 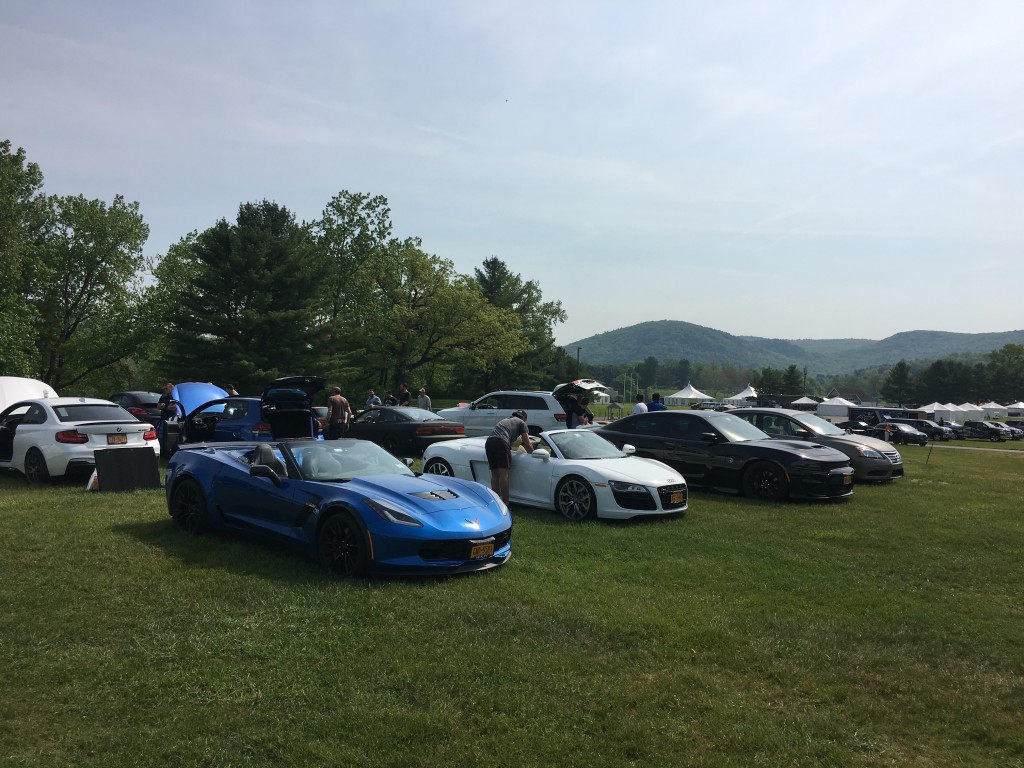 A few of my groupmates – pretty potent stuff! 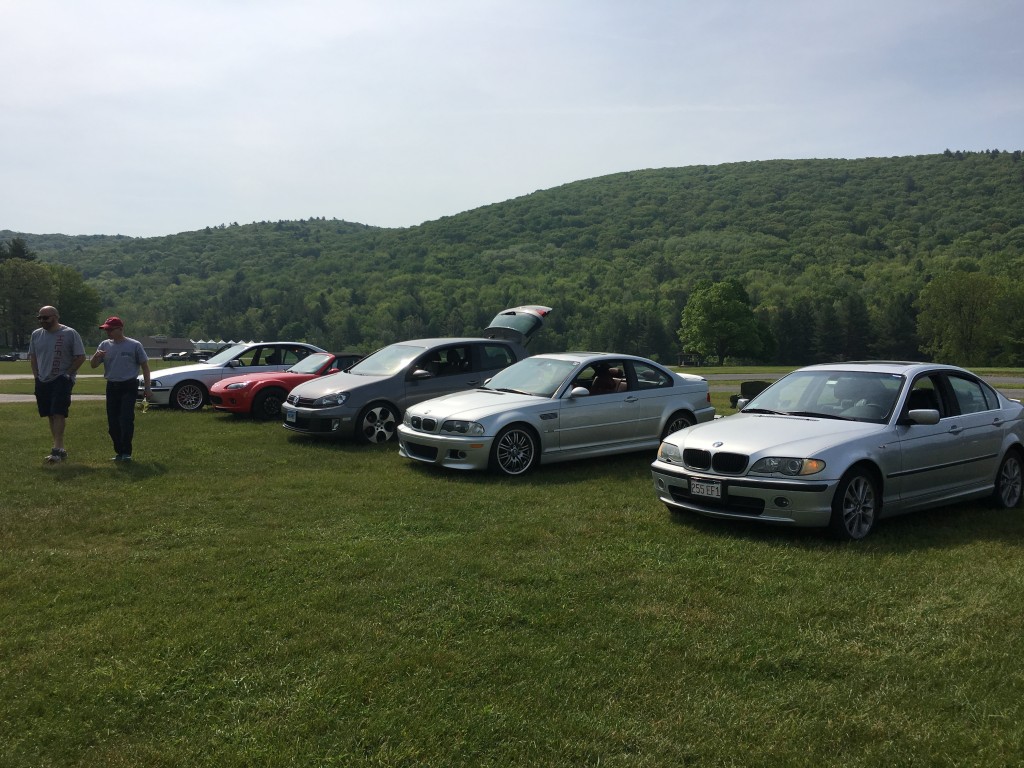 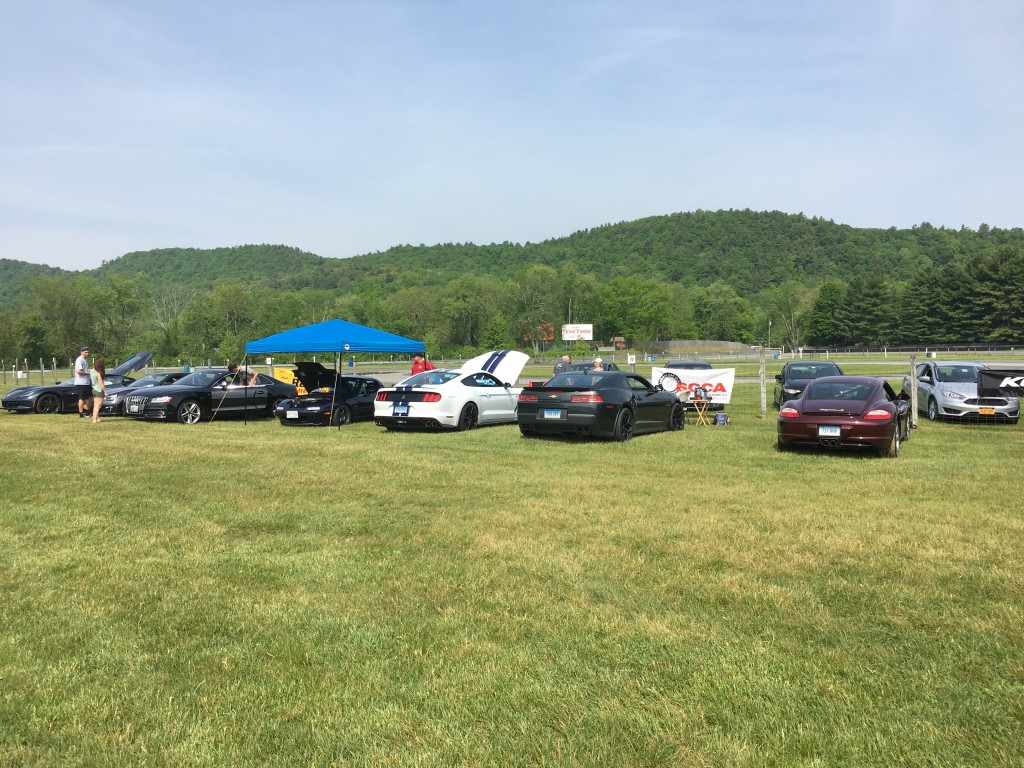 TrackPass activities officially began when participants were joined by three Pirelli World Challenge (PWC) drivers for an actual course walk. I had registered to run in the Intermediate group  (more later) and Sloan Urry led the track walk for our class. Sloan provided great insight about the 7-turn, 1.53-mile road course. BTW, later in the weekend Sloan went on to win the GT Cup class in the No. 22 TruSpeed Autosport Security National Mortgage/Avasis Porsche 911 GT3 Cup. 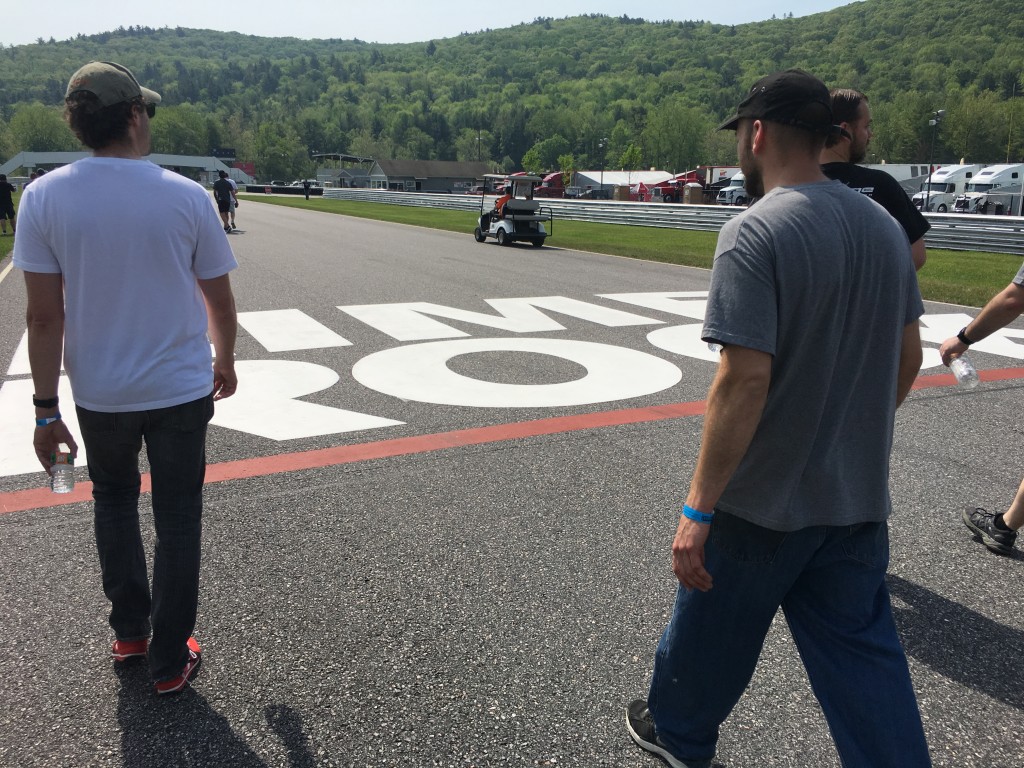 When we returned to our gathering area we attended a TrackPass drivers’ meeting to go over the ground rules and by noon cars were hitting the track. Last year, I only ran in the Novice class, which typically included a 20-minute paced lap session followed by three 20 minute hot lap sessions. Novice sessions normally started with two laps under yellow (no passing). At this event participants in the Intermediate and Advanced groups received four 20-minute hot lapping sessions and the action started from the very beginning of each session.

I managed to get permission to also participate in the paced lap session since I had never driven Lime Rock before.  During this session I had both Ford GT’s behind me.  I was tempted to pull out my phone and snap a couple pics of my rear view mirror but figured if a corner-worker saw me I’d get in a heap of trouble.

When the first Intermediate session started I quickly realized I wasn’t only outgunned, but clearly outclassed. The first session was extremely humbling. In fact, the whole day was, but with each lap of each subsequent session I felt more confident with my approach to the track. For my second session I deliberately lined up with a group of cars comparable to my GTI (a Miata, a GTI, and a Mini) which only shined a glaring light on my driving skills. 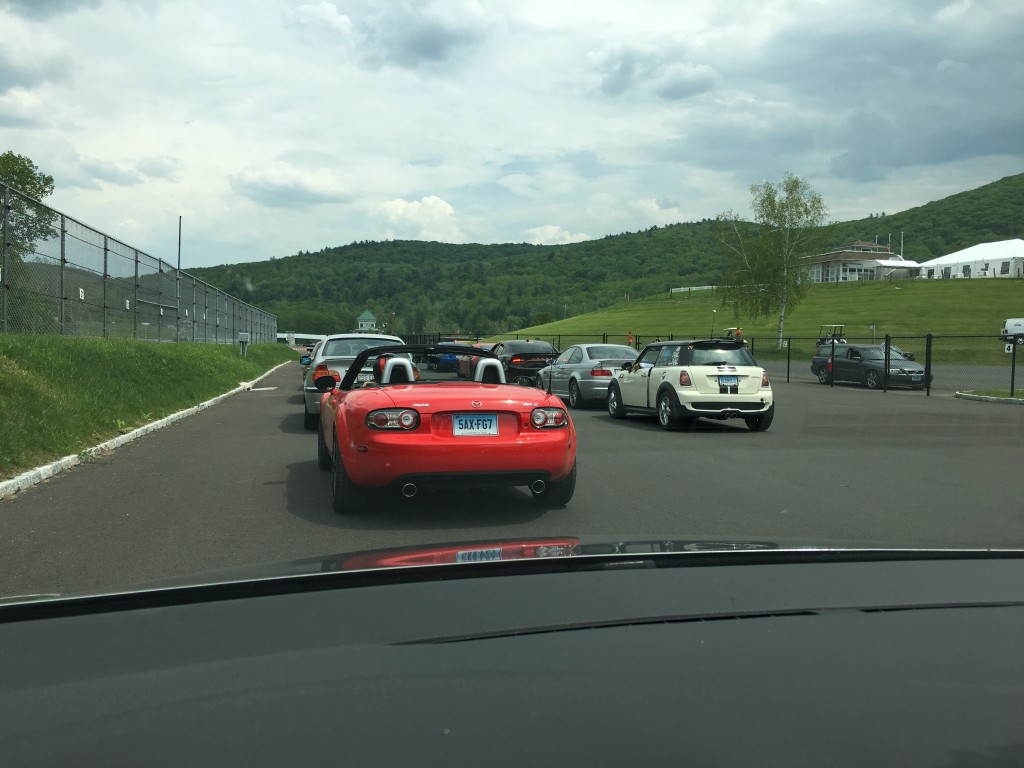 Deliberately lining up with cars I thought my GTI could hang with.

As the day progressed the number of cars participating in my group dwindled slightly as a few of the Intermediate drivers moved up to the Advanced group and a few left early.  The result was my most productive experience in my final lapping session (either due to the lack of traffic or lack of perceived pressure).  Midway through my final session I had a mini moment of zen as I finally made it though Big Bend without scrubbing off all my speed and hitting the The Esses on the edge of the limits of my tires and suspension.

TrackPass guests also each received a gate pass so they can come back to watch PWC and Formula 4 practice, qualifying and racing on both Friday and Saturday. All participants attending Friday evening also had the opportunity to participate in a guided, behind-the-scenes tour of the PWC paddock.

Needless to say, I had a blast. Immediately following my first lapping session I worried that my Lime Rock experience was going to be one of those instances in which you meet one of your childhood heroes only to find out he was a jerk. Lime Rock did not disappoint, in fact, before the day was even up I was already plotting my return.