A week or so ago I pointed out a Fiat 131 rally car replica for sale on eBay. In 2015 I wrote about a Fiat 131 that I was tempted to purchase in NYC. In that article I mentioned buying it, ditching the huge bumpers, mounting a pair of period correct Carello driving lights and vintage Momo sport seats before hitting the closest unpaved roads.  In one of my first blog posts I even mentioned that one of my first Matchbox cars was a Fiat 131 decked out in Alitalia rally car trim. I have always had an affinity for boxy Fiats from the 70’s. Some of my earliest car memories involved my mother’s Fiat 124 Sedan. 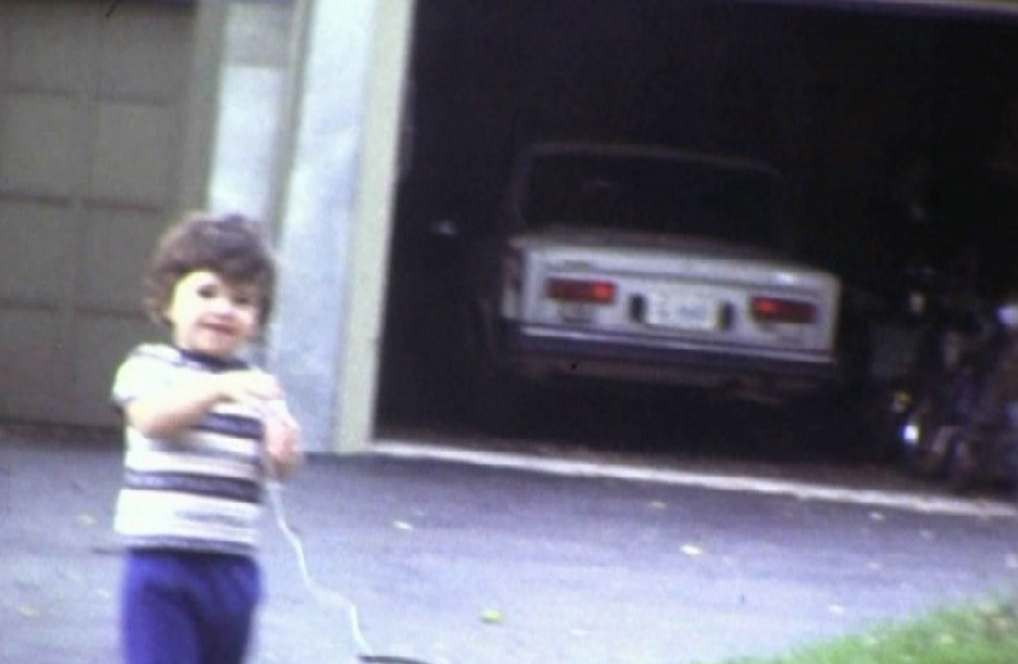 Yours truly with mom’s 124 Sedan in the background.

About a year ago I was pleasantly surprised one day driving to my office in Stamford, CT. I saw a bright yellow box bearing the Fiat badge at the service station literally next door to my office building. I didn’t stop and after a day or two the car was gone. The same yellow Fiat again appeared at the same service station a month or so later, and then again a few months after that. At that time I decided to stop, assuming that the owner of the Fiat must have been taking it to this particular station for routine maintenance. I was greeted by the mechanic and I asked about the little Fiat, including if he knew if the owner was looking to sell the car. It turned out that the mechanic was the owner of the shop and he and his brother collect old Italian cars. We spoke for a little bit about his cars and then focused the conversation on the little yellow Fiat 128 Rally. He went on to say that he would never sell the car. This was the first time I was able to take a good look at a 128 in person (as an adult). On paper, I wasn’t a fan of a front drive,  SOHC powered sedan (while the 131 was RWD and sported a twin cam mill)….but as I looked it over and was able to appreciate it’s proportions and the little yellow box won me over.  The fact that it was a ‘Rally’ model sporting race inspired decals and stripes on the exterior and cool striped seats, yellow and black Veglia gauges, and a dash mounted tach on the inside also helped the cause.

After the conversation I searched the internet for ‘Fiat 128 Rally’ and sure enough I found an article posted in Hemmings titled “When Square Was Cool” featuring the owner I had just spoken to and the car I naively thought I’d be able to make an offer on. 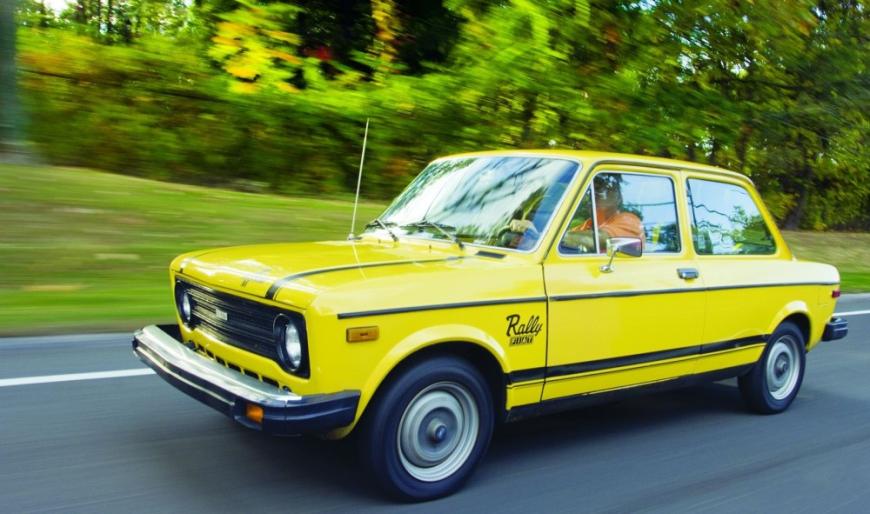 The 1978 128 Rally near my office featured in Hemmings 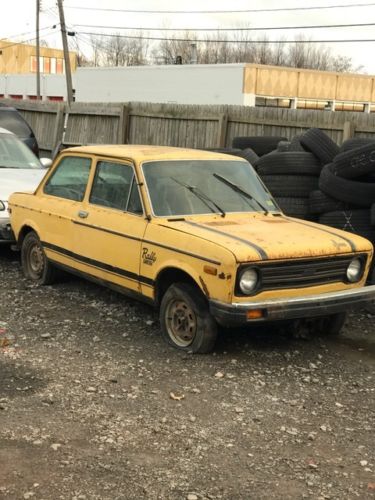 I assumed the car would be a rust bucket since they basically all are here in the northeast. The advertisement went on to say that the car did not run because there were no keys with it. The photos did show extensive surface rust all over the vehicle and a few dents here and there, but the Rally was intact with all it’s Rally specific bits and pieces. My initial thought was maybe I could score the car for a couple hundred bucks, part it out and advertise on Fiat specific forums and make a little profit rather than letting this Fiat go straight to the crusher.

The ad also went in to claim that the car has been stored indoors since 1984 which peaked my interest to take a closer look. 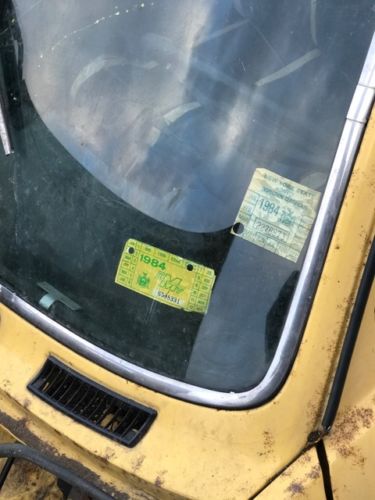 Hasn’t been on the road since the Reagan administration.

The condition of the car, once I saw it, was somewhat mind boggling.  The body is covered is patches of light surface rust (as seen in the photos) but the undercarriage and inside of the trunk were spotless. The interior was dirty, the steering column ripped apart to unlock the wheel and two seams in the front seats were split. But once you looked passed the dirt I noticed that the headliner, door cards, dash, and even carpet were perfect. 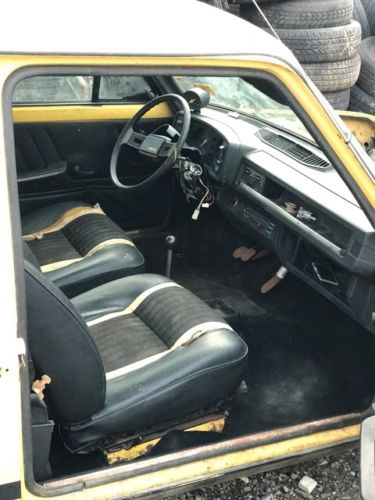 Dirty, but in fantastic condition

Needless to say, I struck a deal and dragged the car back to my shop. A little research showed that it is in fact a 1978 (my birth year) Fiat 128 Rally.

While researching 128’s I learned that the 1970 European Car of the Year was one of the best selling small cars in Europe. Fiat actually ran a TV ad claiming that ENZO FERRARI’s daily driver was a Fiat 128. and dubbed the car “The biggest selling car in Europe”.

So now I’m stuck trying to figure our what to do with the 128. Step 1 is to try to get it running. In order to consider anything other than parting out the car I really would like to know if it would start/run. If it runs I can resell it whole, or at least advertise ‘running’ components. Hopefully whatever mothballed the car back in 1984 wasn’t major.

Once I get it running I then need to decide how to proceed. Immediately re-list it as a running project? Part it out? Clean it up and then sell it? Strip it and play pretend rally car driver?

Some vintage 128 racing pics for inspiration: 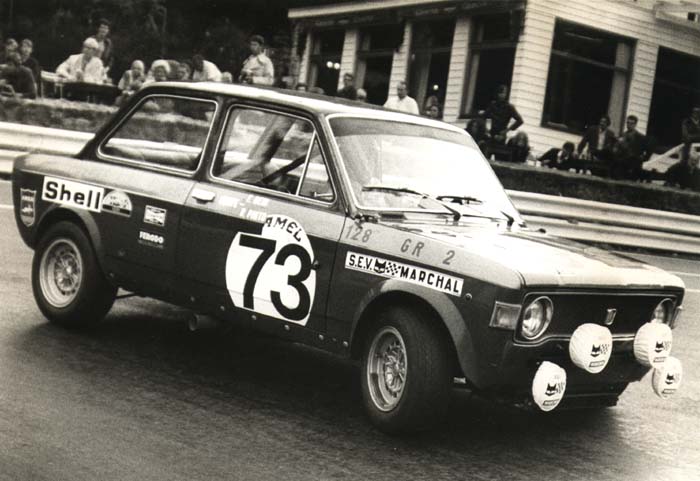 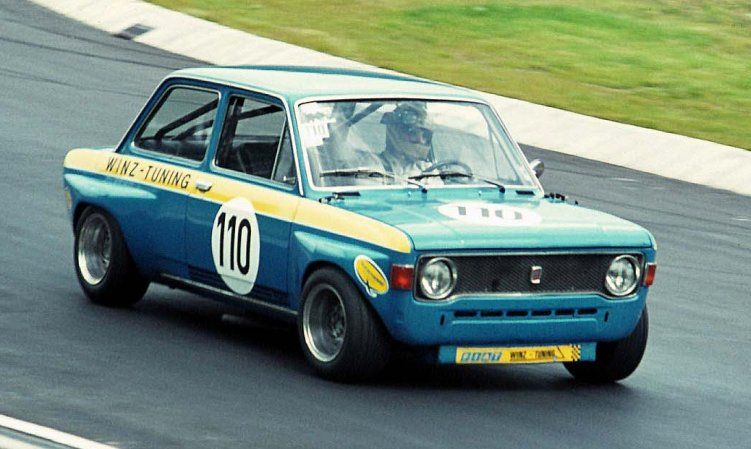 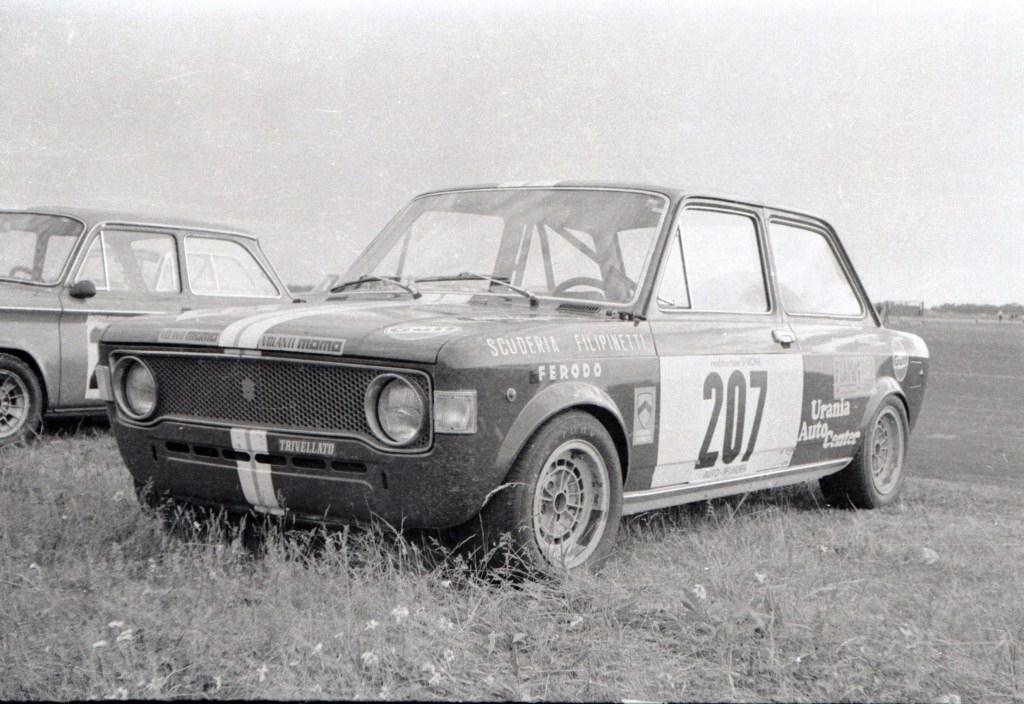 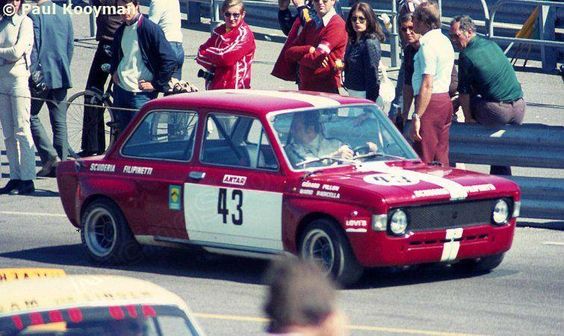